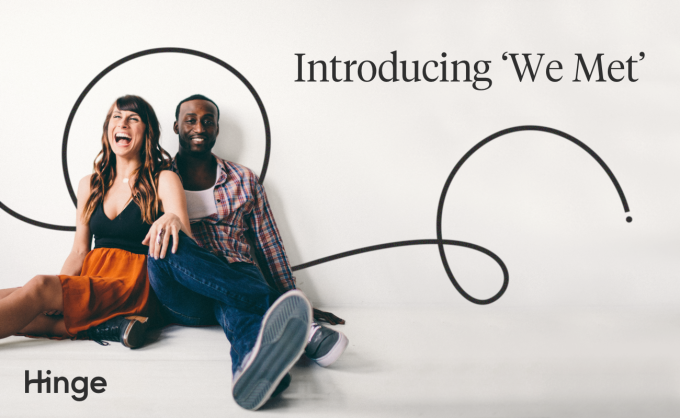 Hinge has introduced a new feedback feature that is aiming to help improve its recommendations algorithm.

‘We Met’ will tell Hinge how successful a match was and could go some way to showing how effective dating apps are at setting up long-term relationships.

A few days after a new couple have exchanged phone numbers they will receive a message asking if they went on a date and if they want to go on a second one.

Hinge says that it will help the developers improve the algorithms by clearly showing what type of partner a user is looking for.

CEO Justin McLeod explained in TechCrunch: “Ultimately, if you went on a date with someone and you thought they were great, that’s the strongest signal that we’ve gotten very close to your type of person. So if there are more people like that person, we can show them to you.”

We just launched our newest feature ‘We Met’ so we can hear how your first dates are going! Check it out now! https://t.co/A7PkjB3PFq pic.twitter.com/bamblmgEYi

This feedback will be paired with other data – such as app deletion or more in-depth email surveys – to test the strength of the matching technology.

During initial testing, the dating app reported that 90% of users said that they enjoyed their first date, and 72% said that they would like to see that person again.

This latest update will be used to support Hinge’s ‘Most Compatible’ feature which was launched in July. Every 24 hours members have one person pushed to the top of their Discover page, who Hinge believe will be well-suited to that user.