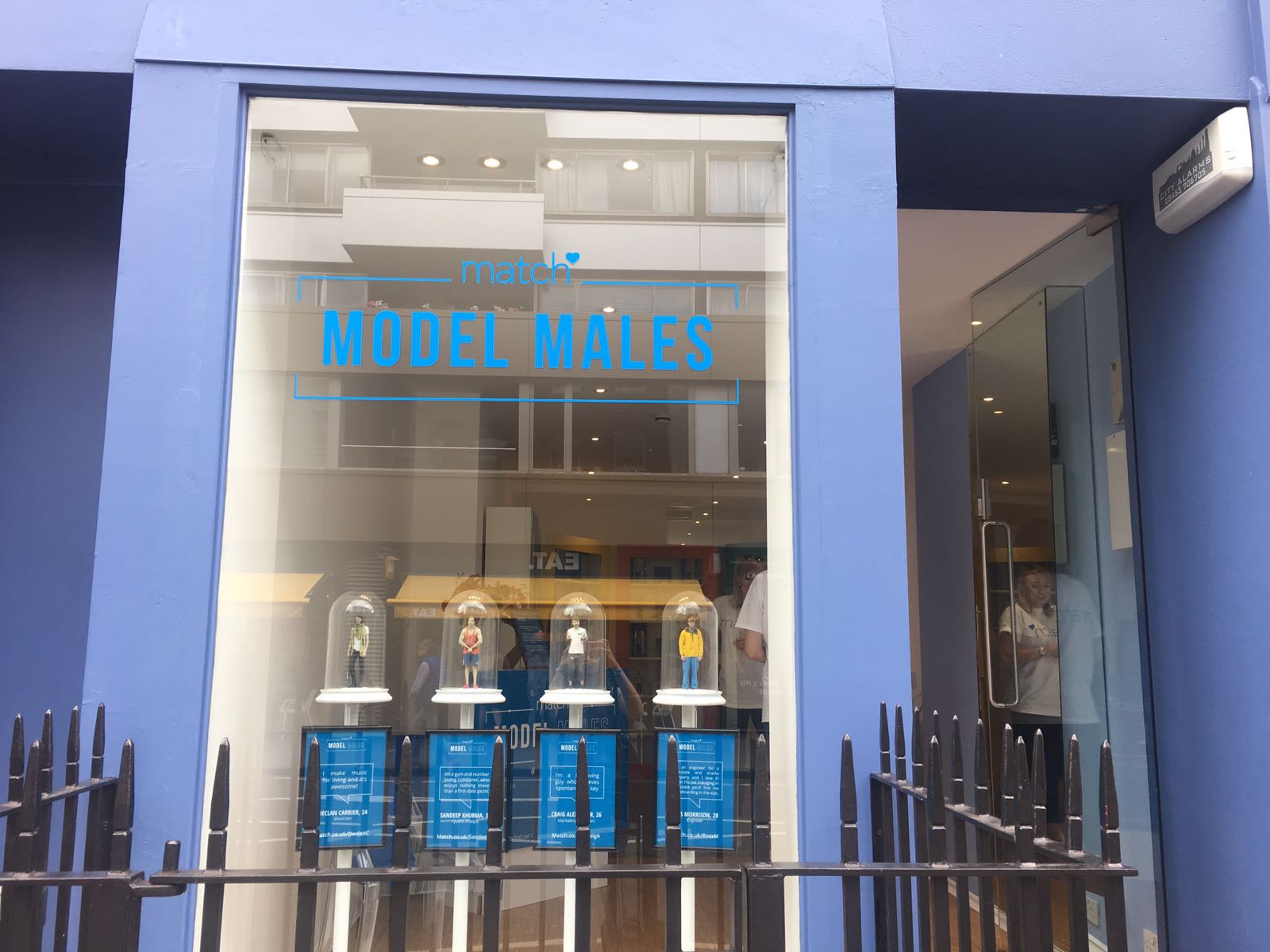 Last week, Match.com launched a pop-up store in London that was stocked with 3D printed figurines of bachelors from the online dating service.

The event took place from Wednesday 2nd – Friday 4th August, Match saying the idea was to encourage women “that gentleman still exist” and that people can still find their perfect match.

And last Friday, GDI went down to check out the pop-up store to see what it was like.

The pop-up store was set up with seven individual book cases, each one stacked with a series of 3D-printed figurines of different male Match users in action figure-style boxes.

The profile details from each Match member’s online profile were printed on the figurines’ boxes, showing their name, age, occupation and best qualities.

Match said they had hundreds of applicants who wanted to be transformed into 3D figures, the seven men eventually chosen aged between 21 and 32 years old.

They then had to attend a scan in London to produce their 3D figurines, which were manufactured by 3D printing company Mini You.

The idea behind the pop-up was that women could visit the store and browse the models, then take the figurines home and contact the members using a profile link written on the boxes.

When we visited, many boxes had already been taken and some of the seven Match users had apparently already been contacted from the link on the packaging.

Many attendees turned up after reading about the event online, while some people simply walked past and wandered into the Thayer Street store, the Model Males team said.

Match’s dating expert Vicki Pavitt said: “The idea behind Model Males is to showcase the brilliant and reliable men that wouldn’t even think of ‘ghosting’ a date.

“There are still plenty of gents out there and this is a way of giving women the power and opportunity to find their very own Model Male to take home.”

The pop-up was opened as a pilot scheme in London, with a potential rollout in different cities across the UK at a later date.

Match.com held a similar event earlier this year in January, when the dating company hosted a two day pop-up coffee shop in London to help singles find their perfect match through their love of coffee.

Take a look below at some of the photos we took when we went down!