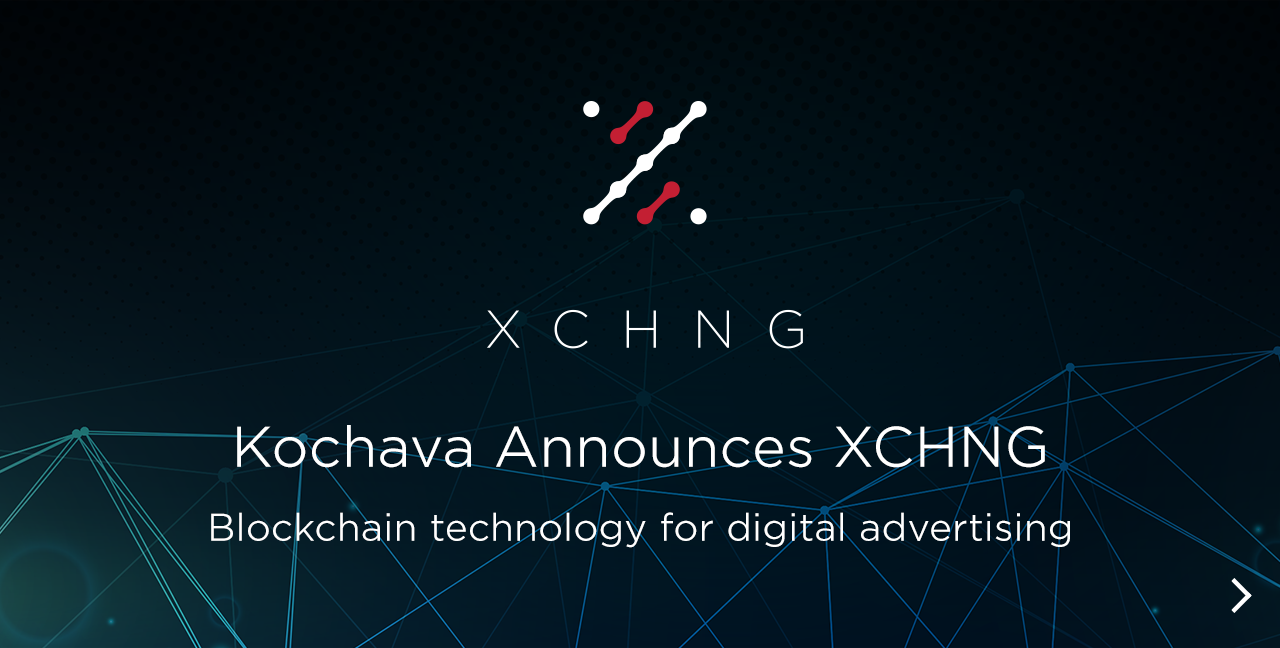 Kochava Labs SEZC, a research and development subsidiary of Kochava Inc., has announced its second round of strategic partners to participate in OnXCHNG.

OnXCHNG is a partnership programme for the industry’s open source blockchain framework for the digital advertising ecosystem, XCHNG.

XCHNG is an open and unified blockchain-based framework for the digital advertising ecosystem.

Kochava CEO Charles Manning, said: “We are thrilled about the growing participation and buy-in from industry partners. OnXCHNG partner participation is crucial for us as we fulfill our vision of building a unified framework for digital advertising on the blockchain. While almost every industry vertical is excited about blockchain’s potential, brands and advertisers are most interested in the applicability of blockchain to digital advertising.”

He added: “More importantly, they want to know whether blockchain will address some of the most pressing issues facing the industry today, including brand safety, fraud, and lack of transparency. With XCHNG, we have the potential to shift the paradigm and deliver on the operational value of blockchain for marketers.

“In the early stages of the project, the emphasis for XCHNG has been to onboard publishers in an effort to build up inventory. In our discussions with advertisers, they are universally enthusiastic about the opportunity to access such a broad range of inventory sources in one place via a standardized, efficient framework.”

By becoming an OnXCHNG partner, publishers and advertisers will be given an opportunity to be involved with the development of the protocol from the beginning and as the infrastructure is finished.

They will also be given an insight into and over the development road map and other incentives.

Manning also added: “Brands and advertisers across the board have very serious concerns that need to be addressed. Recently, the Wall Street Journal reported that PG&E, the world’s largest advertiser, had cut approximately $200 million in digital ad spending in 2017, partly because data showed a large portion of their ad spend was wasted. The same article stated that advertisers are disappointed in publishers’ ability to deliver what they promise, and have taken to policing their ad placements themselves.

“It’s been a challenge for the industry to find a solution that will improve the ecosystem as a whole. The XCHNG platform is centred around the next generation insertion order. Along with the benefits of transparency and security that comes with blockchain technology, we want to create a space where advertisers can receive a trustworthy record of placement and service of their ads.”