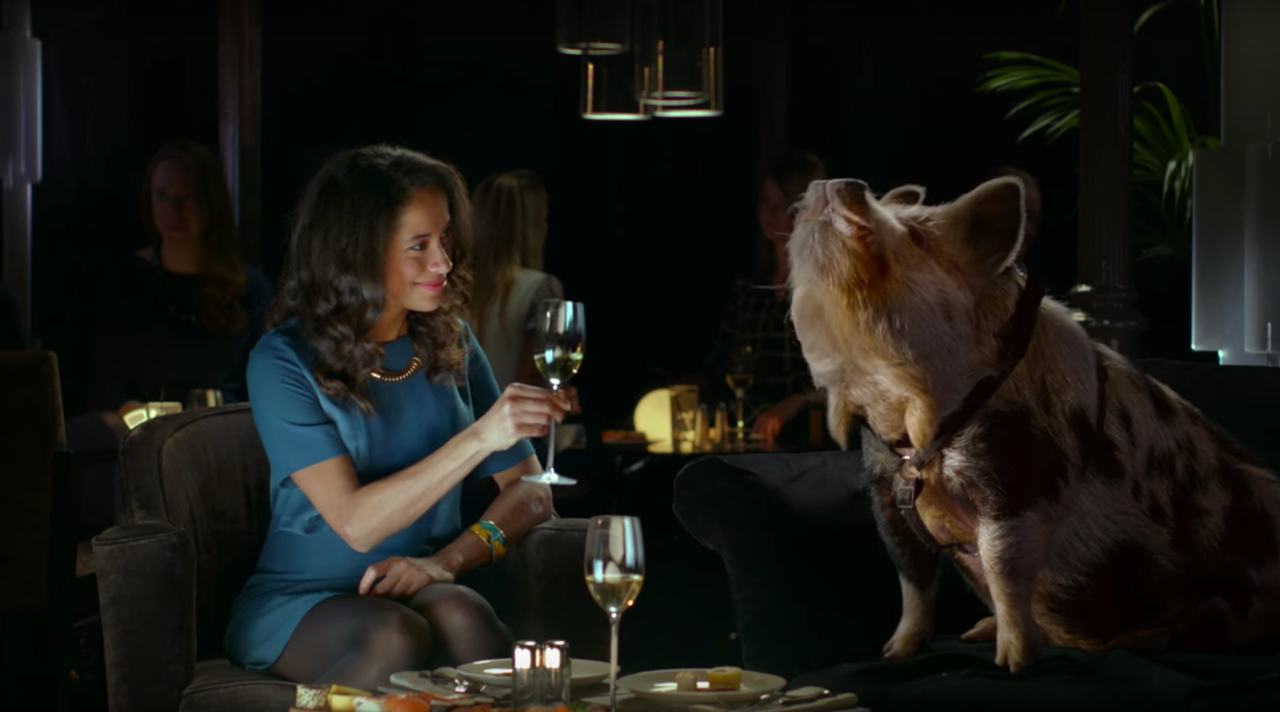 eHarmony is continuing its “brains behind the butterflies” campaign in the UK, releasing another ad stressing the importance of its matchmaking algorithm.

The ad campaign began last April, with eHarmony looking to distance itself from mobile competition like Tinder by highlighting the simplicity of other dating services’ matching systems.

And the latest ad, featuring Jenny & her “foodie” boar date, also stresses that if you aren’t properly matched up with someone, then the date can just be a waste of your time.

As the ad says: “Our experts partner people on their behaviours, values, characteristics and, you know, the stuff that really matter.”

The advert was created by London-based Albion, who have previously worked for Skype, Betfair, Innocent and Zoopla.

Speaking about the campaign, Romain Bertrand, eHarmony’s UK country manager said: “The brains behind the butterflies creative has been highly effective to date, and we’re looking to build on this success and further cement our ‘better matches’ brand differentiation in 2016.

“Customer insight and data play a huge part at eHarmony, whether it’s informing our communications or leading our product roadmap and investment in UX.

“Here we invested in qualitative research to stress-test our creative to see how we could make it work even harder for us; from adding new elements whilst evolving others that have worked particularly well, such as the humour derived from the animal characters. I’m excited to see this next iteration launch and the response we receive.”

The advert will be shown on UK TV channels like ITV2, Channel 4, E4 and ITVBe.

Earlier this year, eHarmony celebrated the leap year with a video showing women proposing to their boyfriends called “Leap of Faith”.

Watch the latest brains behind the butterflies ad below: