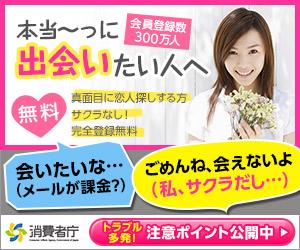 Executives who created a ring of fraudulent Japanese dating websites have been arrested, after it was discovered the sites only had one female member.

One site claimed to have over 2.7m members, but was instead a complete scam designed to trick lonely singles out of high subscription fees.

According to RocketNews24, the various sites managed to generate an incredible 10bn yen in 2012, equivalent to $80m.

The women the single men believed they were talking to were just paid employees, designed to catfish the users for cash.

They used pictures pilfered from the web, and other dating websites, to entice the singles. And the eight executives responsible for setting up the various scam sites have been charged for their part in the massive fraud.

Those who signed up to the fraudulent sites were said to have given over 6.6bn to the sites – around $52.5m – with one user allegedly spending over $100,000 on the sham dating service.

In the wake of the arrests, the Japan Consumer Affairs Agency produced ads warning singles about the fake sites, and the spammy tactics they use to hook users.