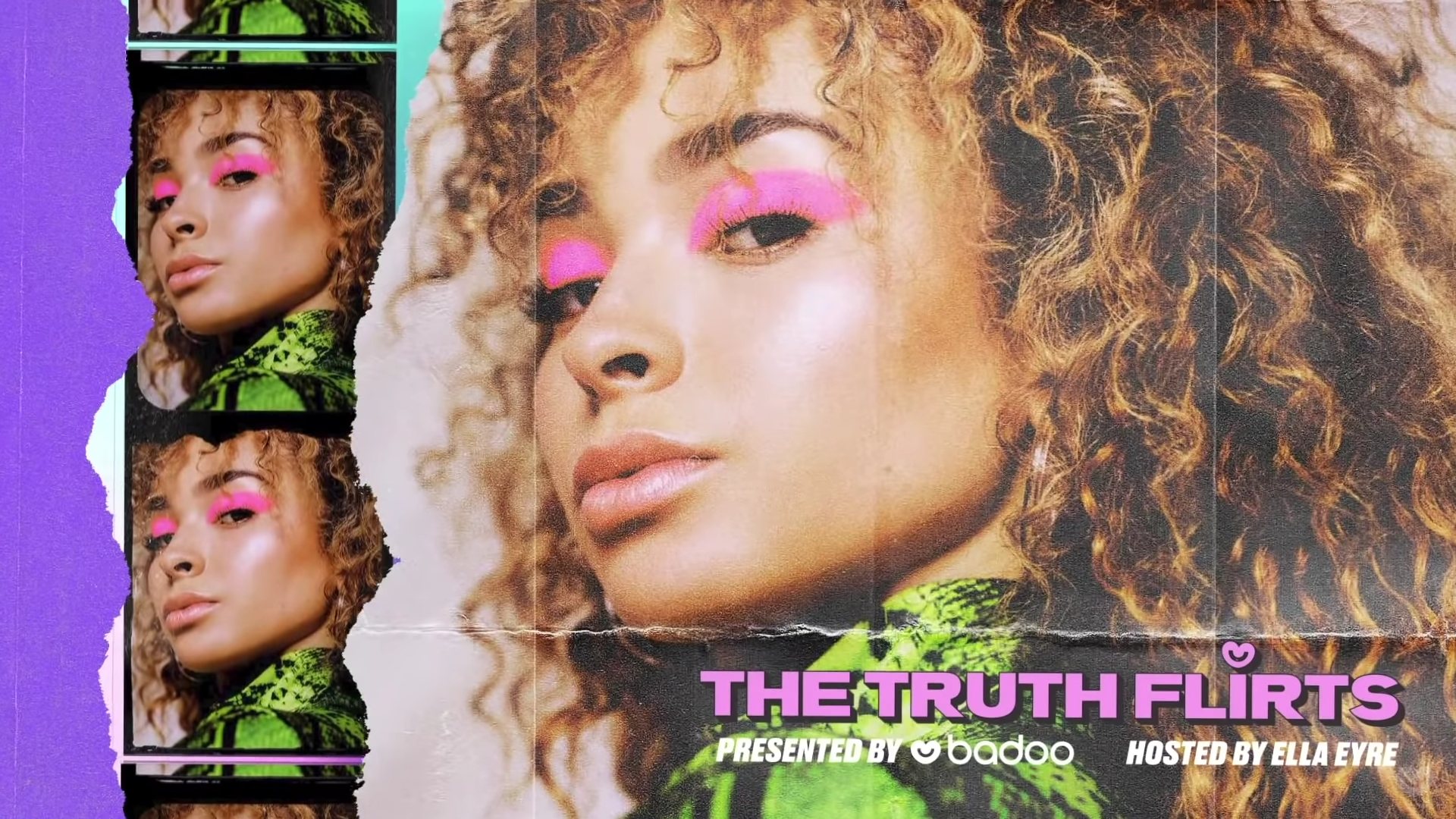 Badoo has launched the first episode of its brand new reality web series, which is promoting open and honest discussions about relationships and sex.

‘The Truth Flirts’ is hosted by singer Ella Eyre and will feature a variety of guests from both the health and entertainment industries. It’s hoped that the mixture of input will result in relevant and relatable advice for the watching audience.

Episode one saw Ella Eyre, reality television star and model Megan Barton-Hanson, and qualified sexual health nurse Sarah Mulindwa talk about orgasms. It covered the ‘Orgasm Gap’, a term that refers to the majority of men having more frequent orgasms than women.

The trio were trying to encourage women to feel comfortable and empowered when discussing what they want from a sexual relationship, rather than embarrassed.

Research presented on the show found that 47% of women in the UK have faked an orgasm in order to please their partner.

Badoo is producing the series as part of its wider ‘Date Honestly’ campaign, which motivates users to be honest when searching for a new partner. This should lead to more compatible matches and more mutually-beneficial relationships.

It ran a podcast, also titled ‘The Truth Flirts’, hosted by Mel B at the end of last year. The eight-part series invited reality television stars, models and dating coaches to cover every aspect of modern relationships.

At the start of 2020, Badoo released another video series titled ‘True Stories’. It was a dramatised version of some users’ most unique dating experience, which, again, was aiming to promote a more honest dating culture.