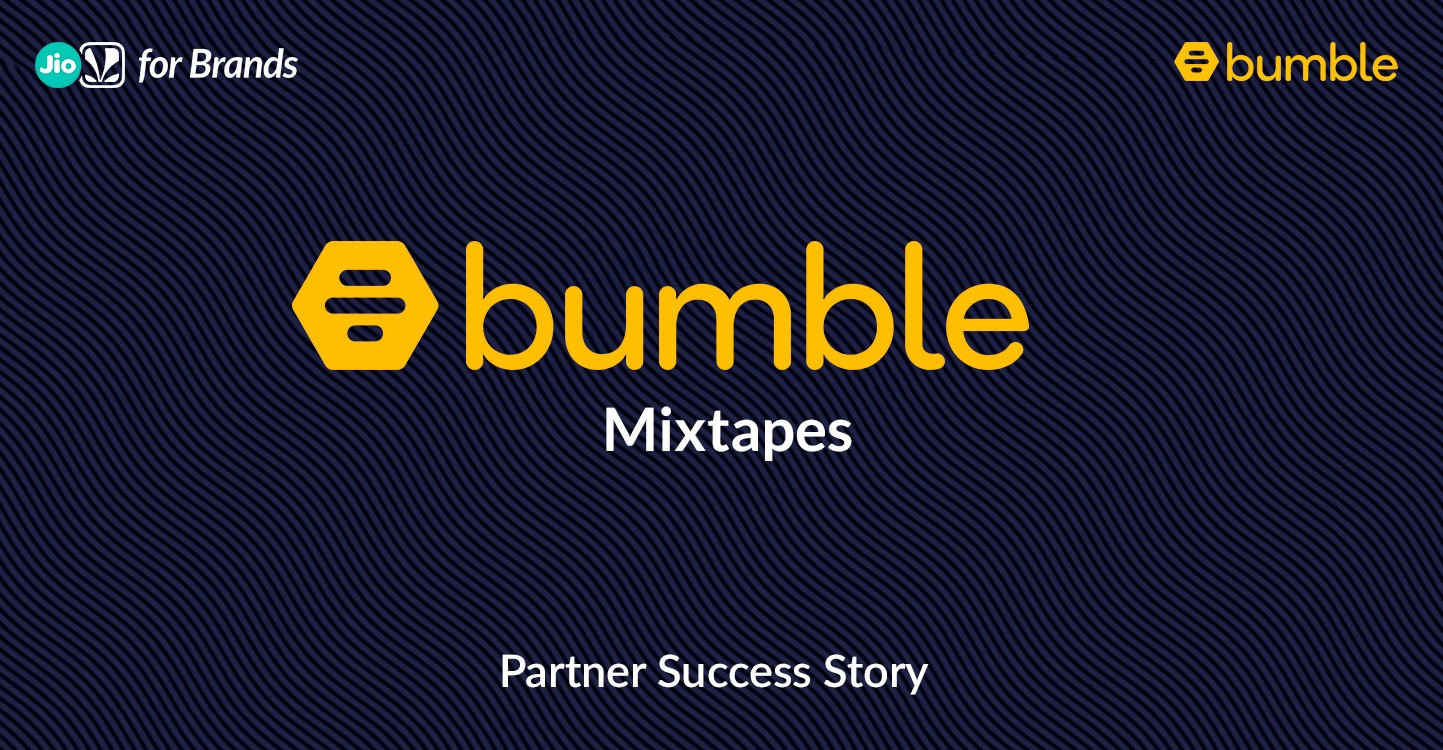 At the height of the pandemic, Bumble partnered with popular music streaming service JioSaavn to offer Indian singles a different and safe option to connect with people nearby.

‘Bumble Mixtapes’ was added as a way to indicate compatibility by using the power of music. A variety of special playlists were curated to act as the soundtrack to virtual dates, whether the activity was a games night, a joint workout or a dance party.

Users were able to share certain playlists with their matches and friends, or even dedicate specific songs to their ‘crushes’ as a unique way to ask them out.

JioSaavn has now looked back over the campaign and published some statistics that indicate just how effective it was at supporting consumer engagement.

There were more than 140 million impressions of the promotion on the JioSaavn app, with an 11% engagement rate. In total, there were half a million streams and the most popular playlist was ‘3AM Heart to Hearts’.

It also led to more engagement on Bumble, as users were encouraged to take part in audio and video calls, and connected over their shared love of certain music.

To promote video dating in the US, an advert was created with actor Tiffany Haddish and rapper Common having their own virtual rendezvous. It was later revealed that the pair were actually dating in real life as well.

Elsewhere, Bumble launched a relationships podcast, specifically targeted at its Indian audience. ‘Is Romance Dead?’ was an eight-part series that investigated what role love played in people’s everyday lives, and featured interviews with several well-known personalities.