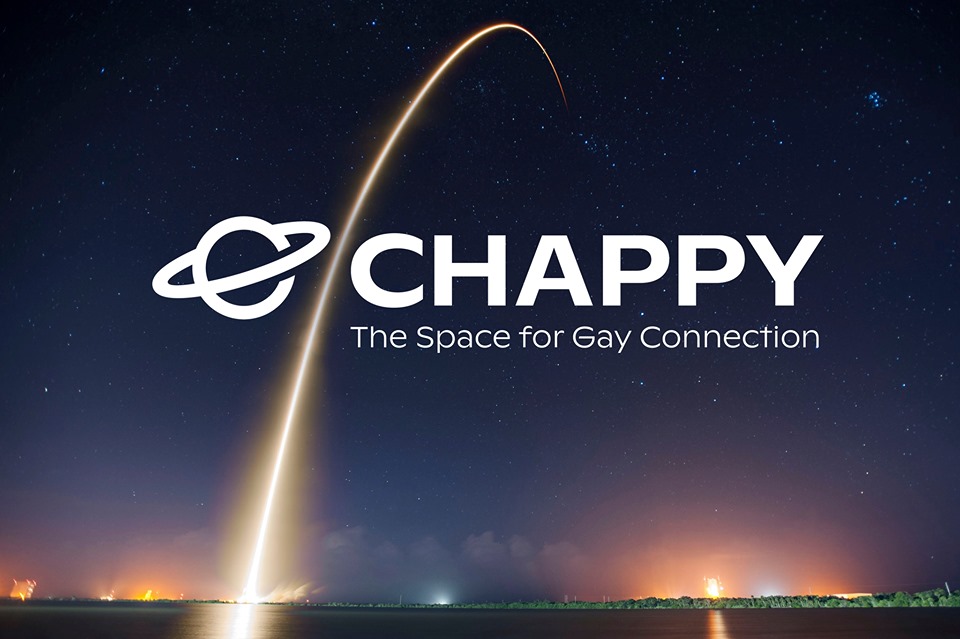 Last week, GDI reported that Chappy had blacked out its social media channels for an unknown reason. The gay dating app has now unveiled an extensive rebrand with a complete redesign of the user interface.

The rebrand is based on an outer space theme, with a new tagline calling it “The Space for Gay Connection” and a logo which resembles the planet Saturn.

A representative for Chappy explained the design decisions on an Instagram story, saying that the team focused on the term “safe space” and made it “bigger, brighter and gayer”.

Chappy’s initial unique selling point was that it made its users show on a sliding scale whether they were looking for ‘Mr Right’ or ‘Mr Right Now’; a serious or casual relationship. That scale changed to ask users if they were in a ‘Cute’ or ‘Sexy’ mood when the app was redesigned less than a year ago.

However, in the new-look app, singles have the option to choose one of four browsing modes. ‘Casual’ offers no-strings-attached fun, ‘Commitment’ is for those who want a serious connection, while ‘All Dating’ allows them to look at both modes at the same time.

The final option is ‘Chappy Friends’ a place for gay men to meet each other platonically with no pressure.

It mirrors the Bumble BFF mode, and Bumble’s Editorial Director Clare O’Connor revealed on Twitter that it was bringing its brother dating app in-house. This means the two brands will work closer than ever before to bring empowering products to women and the LGBTQ+ community.

O’Connor also proudly stated that 90% of the team at Chappy identify as queer.

As part of the update in September 2018, the app changed its previously greyscale colour scheme to a lighter look featuring two specially invented colours: Post-Millennial Peach and Modern Maroon. It is now based largely around dark blue, consistent with the outer space theme.