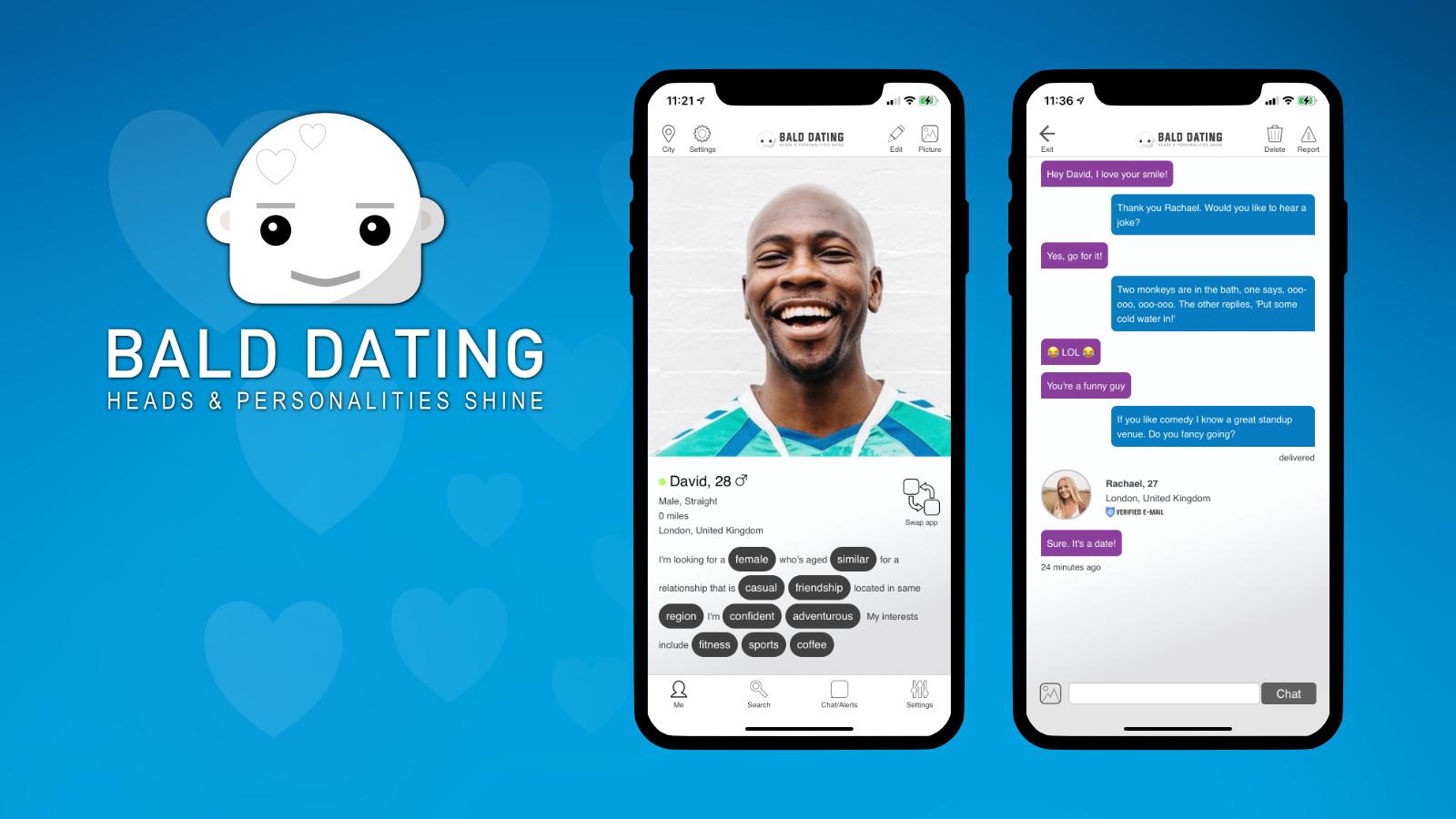 ‘Bald Dating’ is a platform for singles with no or thinning hair to have a space where they can feel empowered and date with confidence. With the majority of mainstream dating apps being heavily focused on looks, bald people can often struggle to find matches.

Minns, who is bald himself, said in a statement published on the website’s homepage: “Being bald can be very hard for some people and they lose their self confidence. Bald Dating was created to show that being bald doesn’t matter.

“There are many people who don’t mind you being bald and there are even others who prefer it.”

The new site apparently took just over 24 hours to complete, and was immediately inspired by the latest ‘Hatfishing’ trend. There has recently been an increase in people wearing hats or hoods to conceal their baldness on dating apps.

The Sun reported on a survey that found 21% of bald people have used a variety of tactics in order to hide their lack of hair from potential matches. There’s also believed to be an increase in hair loss this year, due to the number of stresses caused by the COVID-19 pandemic.

Minns has already released several popular niche apps this year, including ‘So GAY!’ for the LGBTQ community, and age-gap dating service ‘20’. He is also responsible for ‘Big One’ and Dinky One’, two products for men with above-average and below-average penis sizes that went viral in the summer.

Speaking on an episode of The GDI Podcast, he explained that he is aiming to fill up one screen of his iPhone homepage with apps that he has created.