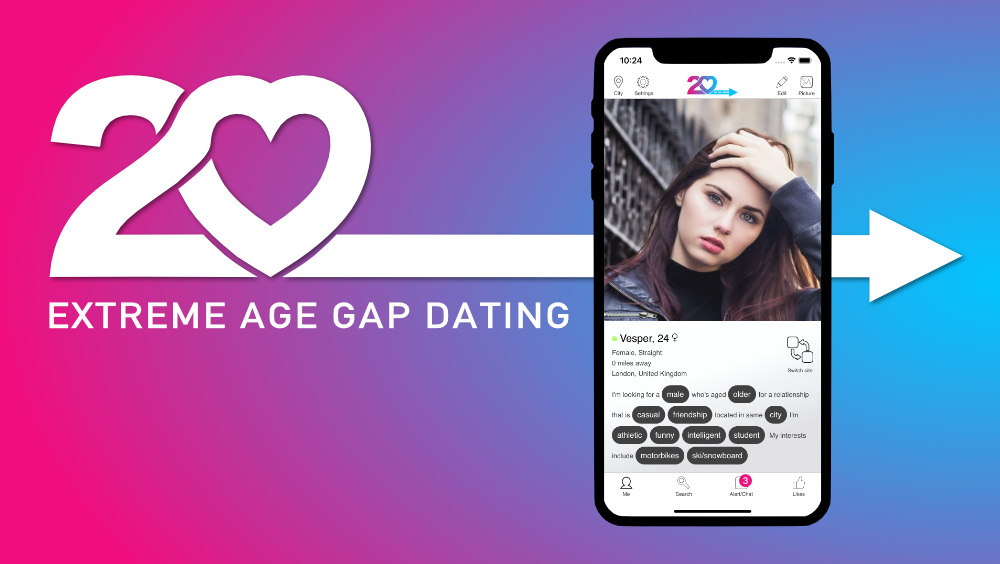 Online dating entrepreneur David Minns has officially launched his newest niche app. ‘20’ is an ‘extreme’ age gap dating service that facilitates relationships between users that are at least 20 years older or younger than each other.

The platform is designed to remove some of the stigma associated with age gap relationships, especially the gender disparity. In heterosexual relationships, men are often celebrated for finding a younger partner, whereas women are referred to as “cougars”.

‘20’ will also encourage users to engage in platonic and casual relationships, if they are at a stage in their life where they’re not looking for a serious romantic partner.

Minns told Metro.co.uk: “There will be older divorced men and women who want a radical change and adventure who will match perfectly with a 20 something who wants a mature partner.

“Hopefully, it will generate some amazing serious relationships, but failing that, inject some excitement back into people’s lives with a relationship that is different to the vast majority.”

The app is currently completely free to use, but a premium subscription upgrade is due to be introduced in the near future.

Minns released ‘So GAY!’ at the end of July, his second app for the LGBTQ community, which is aiming to make the phrase a positive expression of empowerment and affection.

This came not long after he made international headlines for ‘Big One’ and ‘Dinky One’, two services that are aimed at men with above-average and below-average penis sizes.