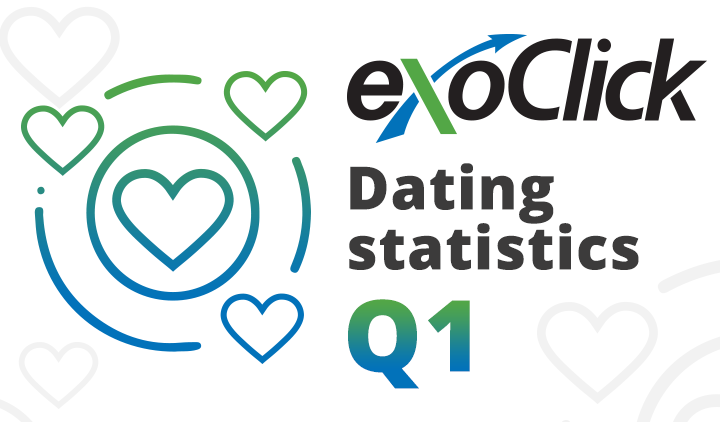 Push Notifications performed well during Q1 and, therein, dating was one of the biggest verticals in the top 5 GEOs. It came in at number 1 in the USA, Germany and the UK and in second position in India and Italy.

Men’s nutra products were the number 1 vertical in India and Italy and the second most popular vertical in USA. The CTRs for dating apps using Push Notifications were as follows:

ExoClick’s Q1 statistics for Native advertising also showed dating offers being a popular choice for advertiser offers in the top 5 GEOs for market share. Dating came first place in USA, France, Italy and second place in Germany & Spain. The CTRs for Native and dating were as follows:

ExoClick’s Sales and Ad Operations Director Evangelos Zirdelis commented, “Our user base for Push Notifications has seen strong increases comparing Q4 2018 with Q1 2019. Active users have grown by 243.64% and subscribed users up by 107.28%.

“Similarly we have increased the number of Native impressions served in Q1 compared to Q4 last year with a 13.14% increase in impressions and a 25% increase in clicks. The popularity of the dating vertical shows how effective both these formats are for driving clicks to advertiser and affiliate offers.”