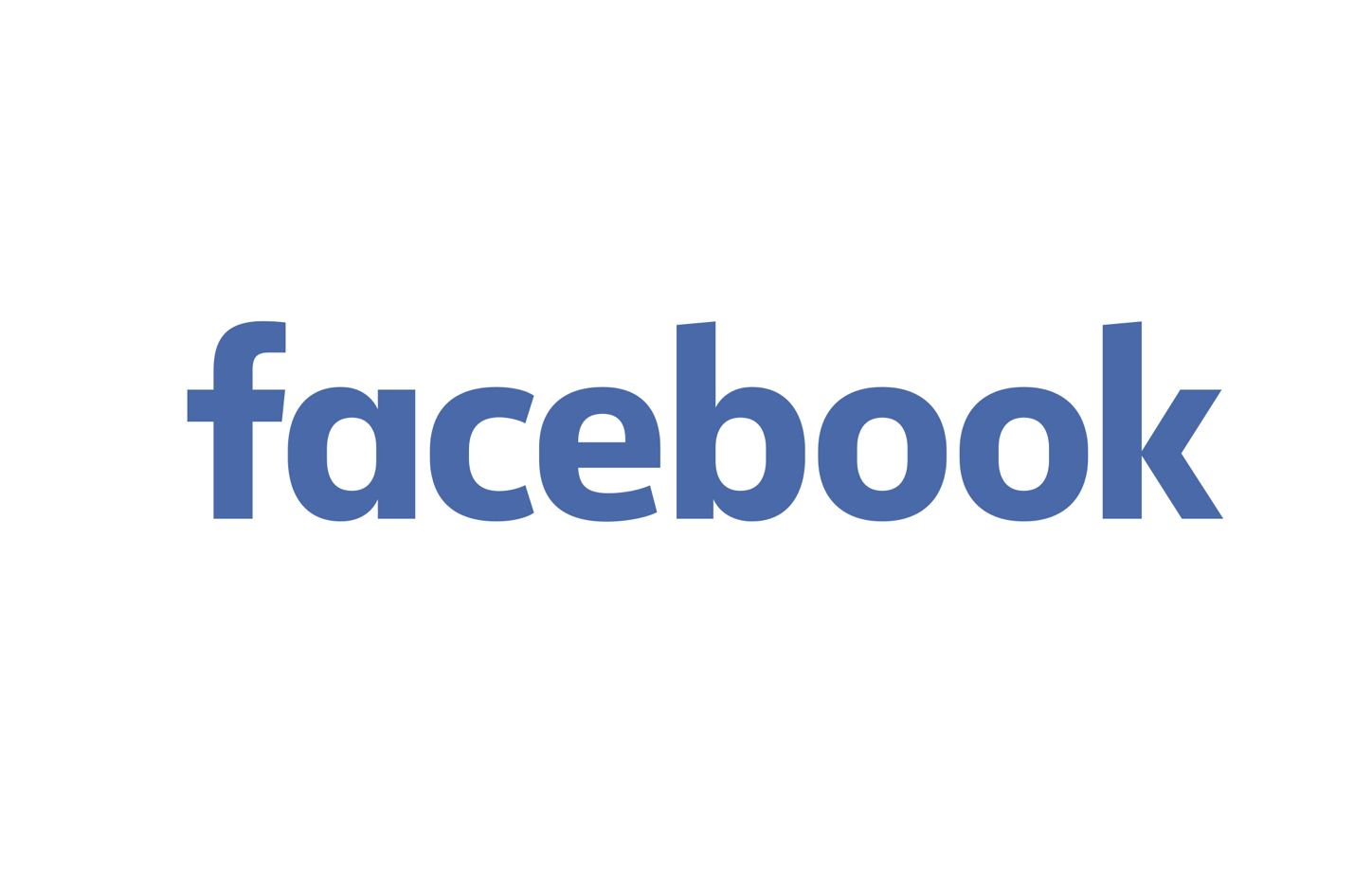 Following the big industry news that Facebook will soon be rolling out new dating app features, a range of figures from the dating space have offered their thoughts.

GDI spoke to a number of online dating industry leaders to find out what their reactions were and what it may do to the industry as a whole:

Ross Williams, Founder and Owner at Venntro Media Group, told GDI: “I think this will be good news for the online dating industry as a whole. It will enable people who are nervous of online dating to try it in a familiar environment (Facebook) and as a result we believe this will broaden the category.

“Whilst it may cause problems for some dating apps which cater to curious but non-committed users, for the industry as a whole I believe it’s a good thing. People can try Facebook Dating and then use other services when they’re serious about meeting someone.

“It’s also important to remember how consumers differentiate Facebook, Linkedin and Online Dating – I’m not sure whether consumers will see Facebook as the place to go to date. Facebook has a number of areas of product such as Marketplace, Games, Offers and Jobs but I still find I use it most often to look at photos and videos of puppies – and I expect others will do the same.”

Michael Blakeley, CEO & Founder of CLiKD also told GDI: “The entrance of Facebook onto the dating scene is of course huge news. It is bound to send through a few shock waves across the sector, especially some of the bigger players. Does this make Facebook instantly the biggest dating site in the world? Possibly.

“However the main concern for a lot of the market, will not be about the new competition – but concerns in relation to Facebook registration or advertising and how this might effect their day to day operations.”

Tonight at 11/10c, Facebook is getting into the dating game…minus the hookups. pic.twitter.com/Bqaa3BlJAO

The Inner Circle‘s CEO David Vermeulen said in a statement: “We are excited that Facebook is finally entering the dating space and we’re looking forward to working closely with Facebook together to offer more dating solutions to create meaningful relationships.

“We see more and more people getting Tinder Tired and believe Facebook will help us further destroy the hook-up culture and strengthen the market where connecting through mutual interests will be the key to long term relationships.”

A spokesperson for Bumble said the company was also “thrilled” when it saw the Facebook news. The spokesperson said in a statement provided to CNNMoney: “Our executive team has already reached out to Facebook to explore ways to collaborate.

“Perhaps Bumble and Facebook can join forces to make the connecting space even more safe and empowering.”

Viola Lim of Viola.AI also gave her opinion, and said: “To me, I don’t see Facebook’s entrance into the market as competition because although we are in the same industry, Lunch Actually Group’s key feature is actually ‘verification’ and our value-added coaching and consultancy services.

“For Lunch Actually, we do the verification face-to-face, and even with our online dating and dating apps, we still employ the human touch to approve and verify the singles’ profiles. The value-added services in the form of our coaching and consultancy products which help singles to be better daters to maximize their dating success.”

Joey Levin, the CEO of IAC (umbrella of Tinder owner Match Group), is another to respond to the news. Read GDI’s full article here.

History has shown, the products that give customers the most focus, the most joy, the most simplicity—win

Everything else is noise

“The data will also improve the performance of their display advertising. They’re likely to offer the Facebook dating service for free, too. Publishers of personals advertising and dedicated dating services need to up their game immediately. They need to invest in AI data platforms that will improve their standard of matching and diversify their revenue streams. This can’t wait.”

In a statement, a Hinge spokesperson said Facebook copied the dating app’s tone: “Facebook could have copied swiping apps in its attempt to enter the dating space, but instead they copied Hinge. It validates our anti-swipe, pro-dating movement, which we’ll continue to lead through exciting innovations that connect our members for outstanding first dates. We’re happy to see that our movement to create meaningful connections, not games or hookups, is catching on.”

Dawoon Kang, co-founder of dating app Coffee Meets Bagel, sees Facebook’s entry as a positive force and a potential fix to online dating’s hookup culture. She told The Observer: “The fact that a company as big as Facebook is jumping into dating speaks to the growing demand and the market opportunity of this space.

“We are happy to see Facebook acknowledging the need to create meaningful relationships beyond hookups, as the online dating culture definitely needs to shift away from quantity vs. quality interactions.”

Gastón Tourn, CMO at Badoo, told GDI: “As a massive global company and a hugely popular platform for connecting people, it’s a natural step for Facebook to move into the dating space. We’re excited that they will be joining our mission in facilitating meaningful connections, and making millions of people happy.”

Tim Taylor, founder of Freeandsingle.com, said to GDI: “Facebook’s move into dating is going to require a step change in what their brand stands for. You’re trusting that we’ll look after your data, and that our sole purpose is to introduce you to a large number of like-minded singles in a safe, fun, private environment.

“Dating brings challenges for Facebook in all these areas. Their brand, data handing, the technical aspects of providing a safe, fun & successful dating experience, and offering world-class customer care. Getting any of this wrong will damage their brand and even the industry’s reputation. I foresee Facebook realising quickly that providing a successful dating service is a specialist skill that is difficult to get right, followed by strategic acquisitions or partnerships with respected dating brands.”

Dating app, happn has also released a statement today saying: “The interest that Facebook showed in dating by announcing a new dedicated development is a strong signal that characterises the maturity which the sector has reached and its relevance within digital services.

“We are surprised by the timing Facebook has chosen to announce its new ambition to enter the dating space given the controversy that has recently surrounded the company, and the fact that what is related to dating and interpersonal relationship is strictly intimate and private.”

Jackie Elton, founder of Christian Connection, asks: “Can Facebook can turn around its business model, its staff training and its customer care quickly enough, to create a good online dating service?”

“There have been many times in the past where people have tried to merge dating and social networking and have failed to make it work. Yahoo, Friends Reunited, Friendster are just a few examples.”

“My advice to Facebook would be to forge genuine partnerships with dating sites rather than stoke
competition.”

Michael O’Sullivan, Owner of HubStars.com, told GDI: “It’s unclear to me that people will be willing to entrust even more sensitive personal data to Facebook in large numbers. More importantly, I don’t believe that allowing Advertisers to specifically target active daters will be good for either their wallet or well being.

“Dating companies are uniquely aware of both the opportunities for wonderful outcomes and the risks of working with large groups of people often desperate for companionship. I hope that Facebook will have the resource to police behaviour effectively with real people and not just an algorithm. If it doesn’t, the blowback will be on the brand and not just the Dating feature.”

Grindr Executive Vice Chairman Wei Zhou says: “We are unsure if the platform truly understands the needs of the LGBTQ community particularly in areas of the world where LGBTQ people face tremendous amounts of violence”.

If you’re in the online dating industry and have something to add, contact editorial@globaldatinginsights.com!