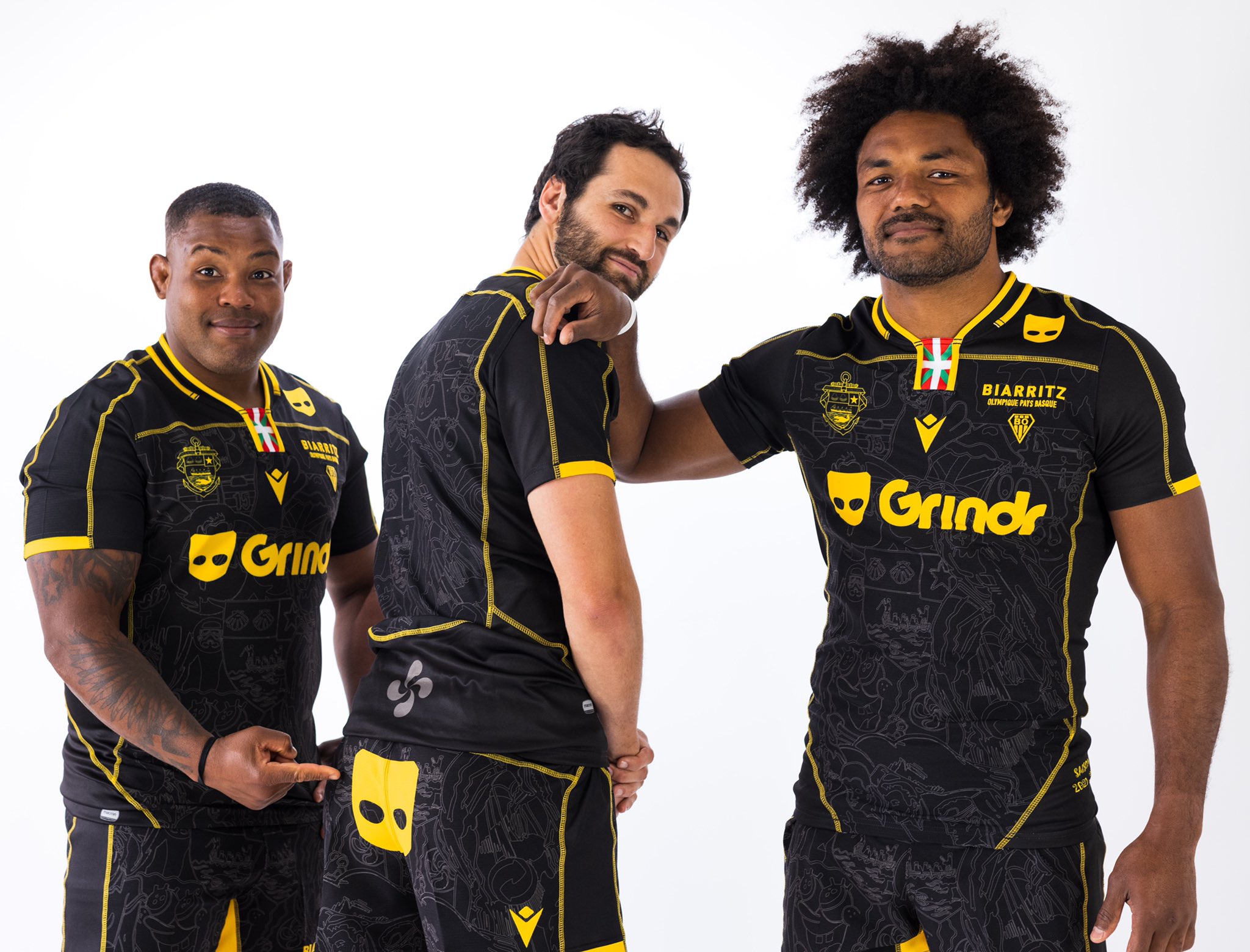 Grindr has announced a revolutionary new sponsorship deal with a professional rugby union team in France.

Biarritz Olympique play in the second-tier of the country’s league system and will sport the gay dating app’s logos across the home and away kits, including one discretely placed on the back of the shorts, for the upcoming 2021/22 season.

The new kits were created by ‘Grindr For Equality’, the app’s non-profit arm that runs a variety of initiatives to support the whole LGBTQ community on issues that impact them everyday.

The club is set to receive approximately $1.2 million per year, but the length of the contract is currently undisclosed.

A joint statement from the two organisations reads: “Grindr is excited to partner with JB Aldigé and the Biarritz Olympique Pays Basque Rugby Club. The club has been outspoken against homophobia and has committed to Grindr to continue its work to increase inclusivity and acceptance in the league and rugby overall.”

This partnership was met with widespread positive feedback. Many commentators noted how significant it is for a brand synonymous with the LGBTQ communtity to support a historic rugby team, a traditionally very masculine sport.

Biarritz Olympique’s next match is on Friday when they play in the semi-finals of the ‘Pro D2’ play offs, as they aim to win promotion to the top division.

Bumble had been the official jersey sponsor of the LA Clippers basketball team since 2018, but was replaced, perhaps aptly, at the start of this season by automatic coupon finder Honey.