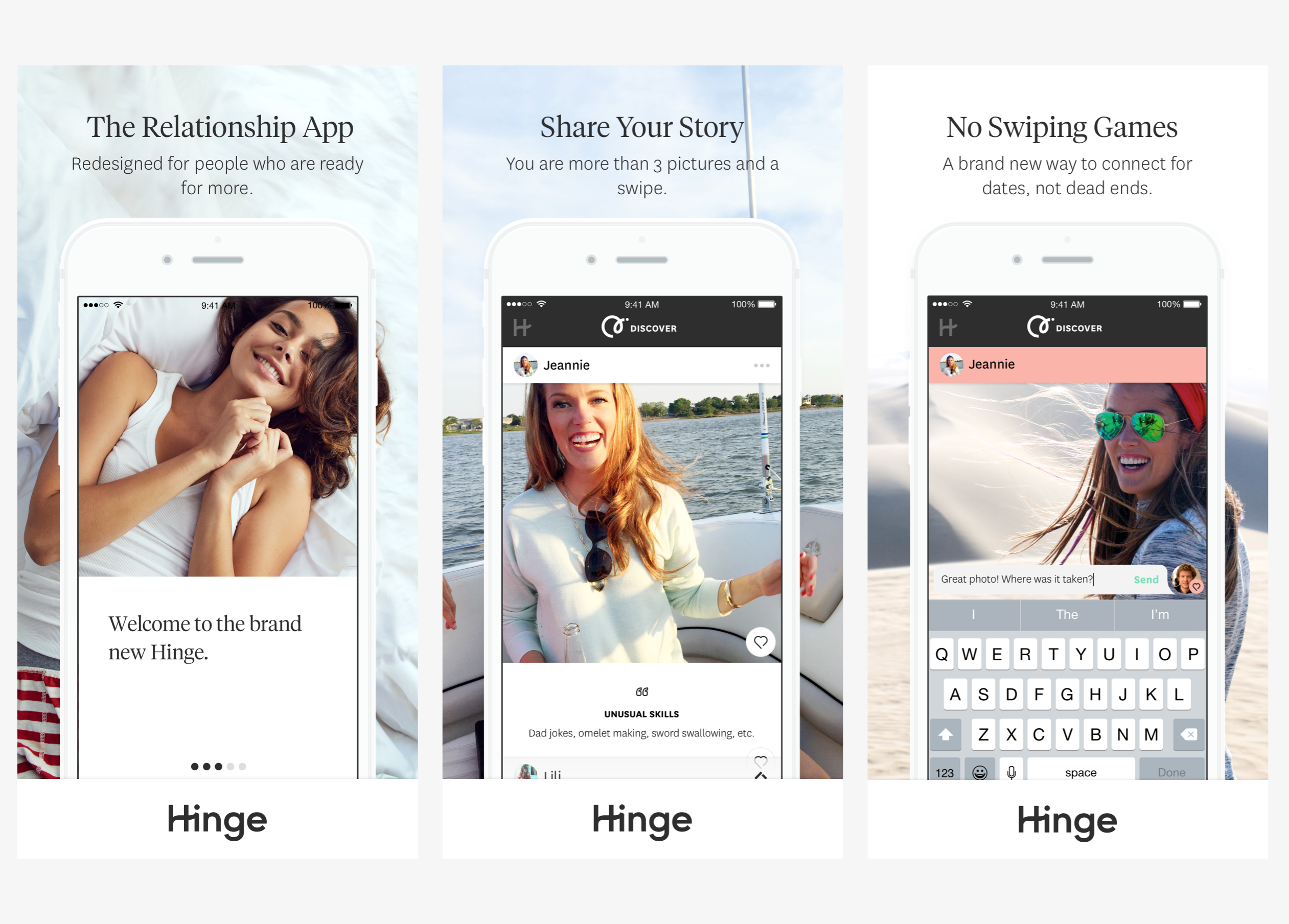 Hinge’s new, free feature will offer its users a “Most Compatible” match everyday.

Using a complex algorithm based upon a person’s previous activity on the app, Hinge will display the “Most Compatible” at the top of the Discover page. The match will automatically refresh every 24 hours.

Hinge is trying to give its consumers more meaningful matches and create lasting connections. It already removed the swipe feature, leading it to be dubbed the “Anti-Tinder”.

Users are also encouraged to add more information to their profiles, making them deeper and more insightful.

Initial beta-testing has revealed that this new development is helping them accomplish their goal. Testers were eight times more likely to go on a date with their Most Compatible, showing they trust the service.

Back in June, Match Group purchased a 51% controlling share of Hinge. It will also have the option to acquire the rest of the company by June 2019, something that McLeod admits is “highly likely”.

He said to Yahoo Finance: “They [Match Group] have the resources, the know-how, and they’ve done it with their other apps.

“It just made a lot of sense: if we wanted to bring a throughflow of people into the U.S. and the world, they were the best partner to do that.”

When Facebook announced in May that it was going to be launching a dating feature, Match Group’s stock took a serious hit. However, Hinge’s user base has grown approximately 400% since October 2016 and McLeod isn’t overly worried about any negative backlash from the social network.

“It’s gratifying to have one of the world’s biggest technology companies enter the dating space and draw so much inspiration from Hinge, but we don’t expect our target market to use Facebook for dating,” he said to Yahoo Finance.