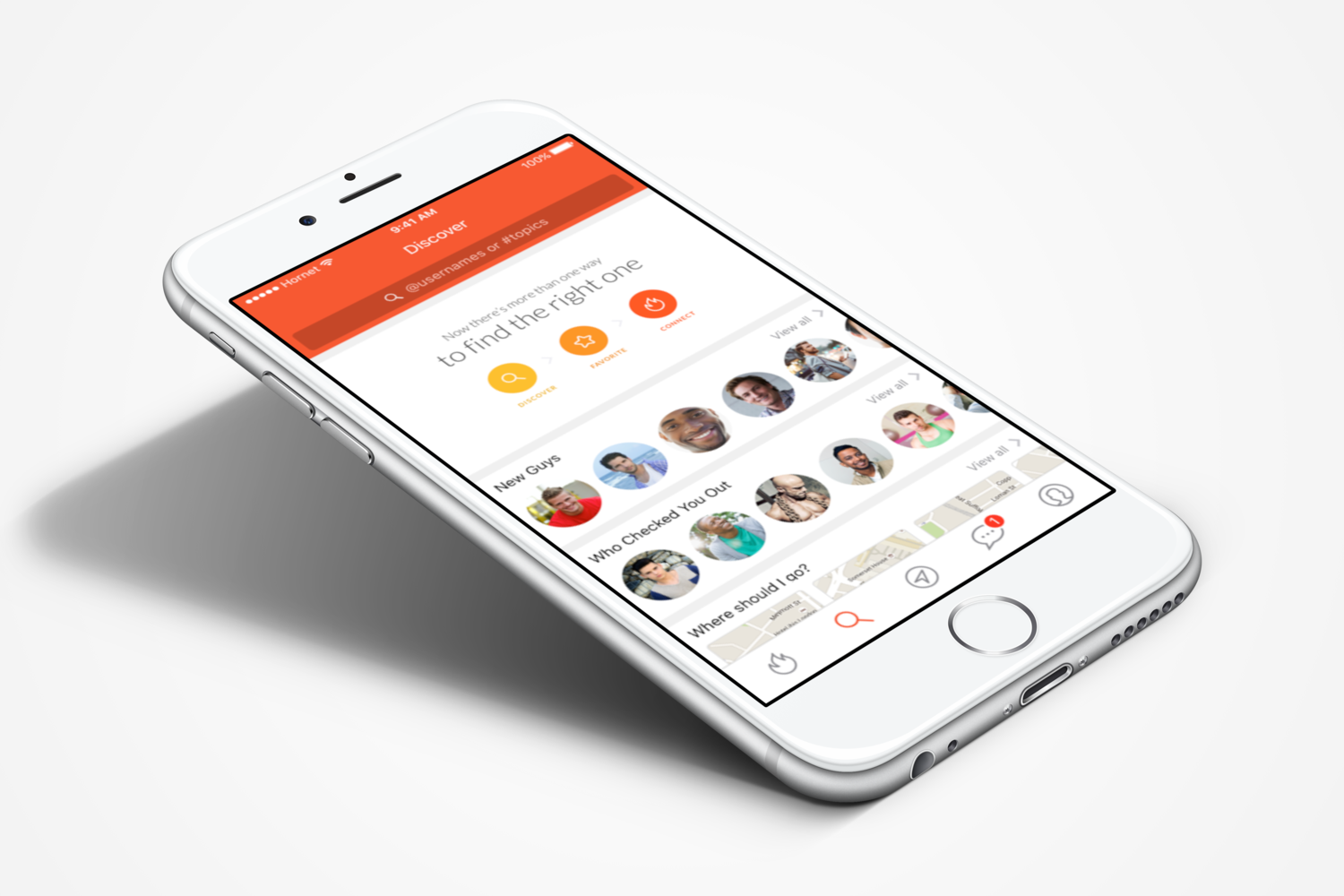 Previously, users were restricted to searching for those in their geographical area, but with the new Discover and Activity Feed tabs, they can now widen their search, as well as hopefully starting and maintaining more conversations.

Speaking about the reasons for updating the app’s search functionalities, Hornet said: “Too often we’ve often found ourselves feeling constrained by the ‘grid’ format, a format that has served us so well as a simple way to find guys nearby; becoming increasingly aware that just beyond the grid lay many more missed opportunities.”

To change this, the new Discover tab gives singles a more personalised way to search for new people by letting them find matches through hashtag searches, as well as with two new scrollable feeds, “New Guys” and “Who Checked You Out”. They are also planning on extending this by adding new ways to help members find people they may have missed, by using the original grid-based geographical search.

The other change to the app is the new Activity Feed tab, which acts as a Facebook-style feed that keeps you up to date with your matches as well as introducing you to new users that have joined the app.

The tab lets people see what their matches have been doing so they can either comment on a new photo or chat to someone they haven’t spoken to in a while.

The features are a nice extension of Hornet’s location-based focus, giving singles new ways to connect with people & adding a more social element, without changing its popular core service.

Check out the new features here.