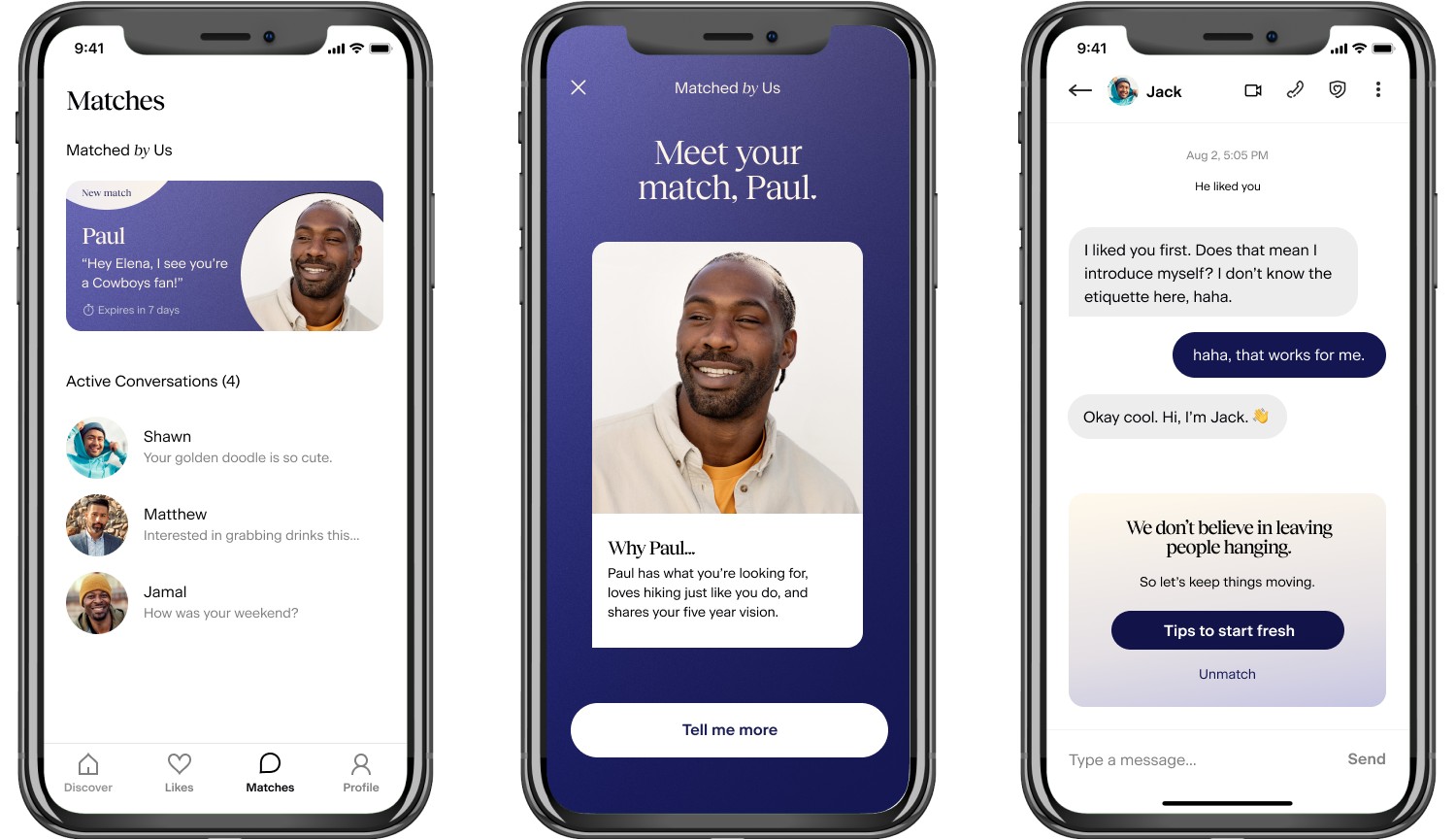 Match is preparing to test a new matchmaking feature that will automatically set up the most compatible profiles, and a separate feature that should limit the amount of ghosting that happens on the platform.

‘Matched By Us’ will curate one match per week based on individual answers to a number of serious questions about their dating and life goals. These include their overall five-year plan, whether they’d be willing to relocate for love, or simply their favourite date activities.

It is based on user feedback about how long it takes for them to set up meaningful dates, as well as the fact that Match.com has a slightly older and more serious target demographic than some of Match Group’s other subsidiaries.

Chief Product Officer Dushyant Saraph told TechCrunch: “When we talk to our members, we hear a lot of frustration around [there being] a lot of swiping, a lot of messaging back and forth, that’s happening in the dating world more broadly.

“When we think about folks on our product, who don’t have a ton of time, that’s where ‘Matched by Us’ came from. Our singles don’t want to swipe through hundreds of profiles.”

Match is also testing another new update that could prevent conversations from fading off without a definite ending, or to stop one participant from ghosting the other.

Users will be sent a notification when a conversation is about to be moved into a separate archived inbox for inactive matches. They can either choose to restart the interaction or unmatch the other user, giving them more closure.

The features will soon be available to a small number of US singles and are set to be rolled out alongside an upcoming marketing campaign aimed at adult daters.