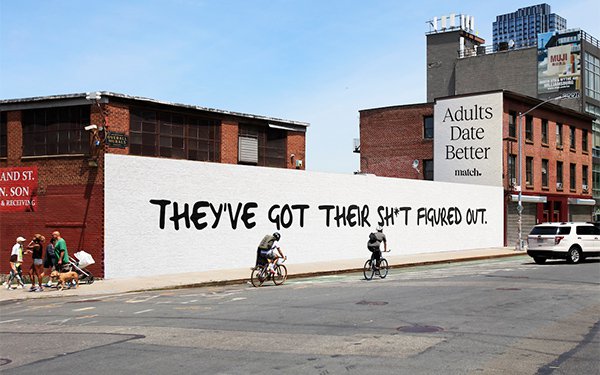 Match has launched its latest advertising campaign which is specifically focused on older daters in their thirties and forties.

Titled ‘Adults Date Better’, the initiative wants to highlight all of the positives about dating with more experience, such as not playing games and just completely being yourself. It was inspired by market research that found singles over the age of 30 often feel left out when it comes to online dating commercials.

The dating platform worked with creative agency Mojo Supermarket on the campaign and drew inspiration from communities on Reddit that are dedicated to adult daters.

Mojo Supermarket’s Chief Creative Officer Mo Said told MediaPost: “We mostly listened to the gripes adults had with modern dating, the attributes they looked for in a phenomenal date and what type of dating they were happy to leave in their twenties.

“We want to help singles in their thirties realize that they aren’t leftovers, but the ones that got away. Adult daters have been overlooked for the longest time, and we want to show them some love by helping them find it.”

The OOH portion of the campaign was started in Brooklyn, with two billboard taglines explaining why adults date better, while a television commercial is running across the country and in Canada.

Match introduced two new features last week that precede the campaign and were designed to make dating as an adult even easier. The first was a new matching algorithm that would automatically give each user one match per week, based on their compatible answers to questions about serious dating.

The second update was an anti-ghosting notification that would alert users if their conversation was about to expire. They would then be given the chance to restart the interaction or unmatch the other user, giving them more closure.