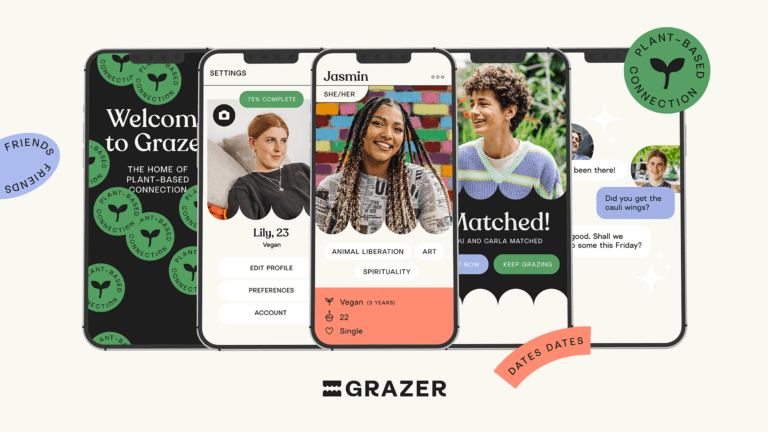 UK-based dating app Grazer, which caters for vegan and vegetarian singles, has rebranded itself with a new look and tagline. The app now refers to itself as “the meatless matchmaker”.

The app’s key message is now: “You don’t have to cuddle a carnivore or put your ethics aside for a ride. If you’re looking for something serious or not so serious, Grazer is here to be your meatless matchmaker”, reports Vegconomist.

Explaining the thinking behind the rebrand, co-founder Charlotte Elizabeth said “Veganism has changed over the last years, but vegan dating has stayed the same. The plant-based dating apps were stale and tasteless, not representative of today’s community. Vegan dating needed a serious glow-up.”

The rebrand came as a result of a USD $400,000 crowdfunding campaign, which enabled the app to change up its marketing strategy and accelerate growth initiatives.

The changes come as Grazer’s research shows meat-free lifestyles are on the rise. 20% of the UK’s Gen Z population is meat free, with a quarter of the British population expected to be vegetarian or vegan by 2025, its studies show.