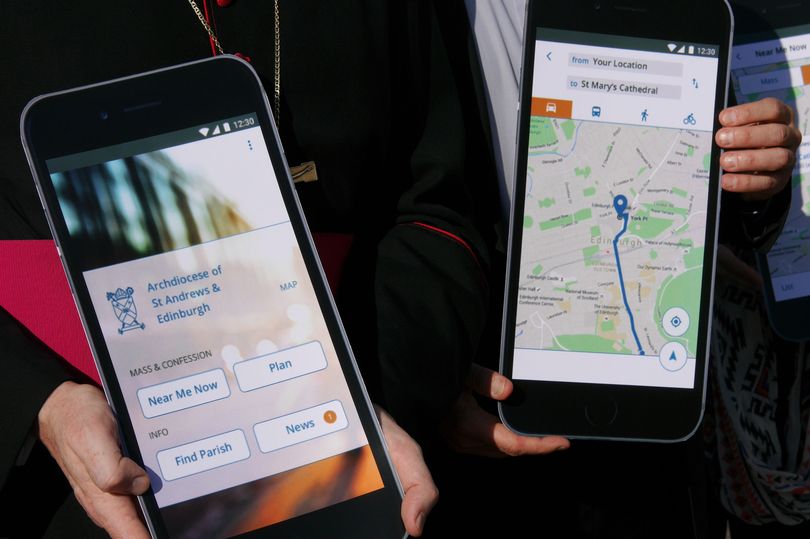 A new app has just launched that lets the Catholic community find the nearest place they can go to mass or confession.

Called The Catholic App, the platform was created by technology company Musemantik in partnership with Archbishop Leo Cushley from Scotland.

The app wants to help Catholics find a place to confess, using location technology similar to that used by some of the most popular dating apps, such as Tinder.

Edinburgh’s Archbishop Leo Cushley said: “The idea was really inspired by the Holy Father himself. He said to be imaginative about what to do for the Holy Year of Mercy.”

The app was launched at the Vatican on Tuesday, and although its location abilities are currently limited to the archdiocese of St. Andrews and Edinburgh, the app has already proven a hit with the media, quickly being dubbed Sindr.

The mobile app works in a simple way – using the person’s location, it points them in the direction of their nearest Catholic church based on two searches: “Mass” or “Confession”.

If the user clicks on one of the locations listed, they are given more information and can also choose a map option that will direct them to their church of choice.

The Catholic App also sends its users encouraging messages and verses via notifications on their phones.

Archbishop Cushley said: “This is a little bit of smart technology that could make a big impact on how the Catholic Church brings the mercy of God and the joy of the Gospel to our contemporary world.”

The founder of the tech company that built the app, Musemantik, Dr. Maciej Zurawski, added: “Websites are losing popularity — what is needed to engage with the mobile generation is an app that is smart and personal, an app that is like a companion, a friend that takes the initiative to inspire you — that’s the vision behind the Catholic App.”

The app will be available for both smartphones and tablets and is expected to go live in early 2017.