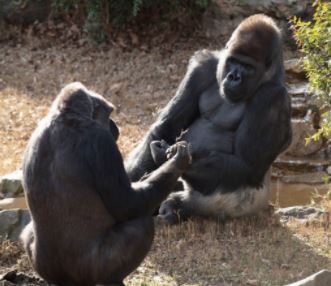 An algorithmic gorilla dating site has been made key for the survival of a species officially considered to be critically endangered.

Over the past few decades, between 60-70% of western lowland gorillas have been wiped out.

The initial algorithm was developed in the late 1980’s as part of the Gorilla Species Survival Plan launched by Association of Zoos and Aquariums, which is based in Washington.

It is calculated based on age, experience, socialization skills, genetics, lineage and personal chemistry.

Kristen Lukas, the chair of the gorilla-survival plan and the director of conservation and science at the Cleveland Metroparks Zoo said: “It’s a lot of science and a lot of personality. Gorillas can make guttural love vocalization that would make you blush.”

The gorilla-matchmaking algorithm ranks potential mates on a scale from one to six, with one being the best pairing.

Gorillas which have common genes also pull lower scores and the survival plan may recommend that they never breed. Females can also join a family, but are often put on birth-control pills to prevent them from having a baby.

The Gorilla Species Survival Plan also uses an algorithm to pair males whom biologists think will be good companions also.

Lukas added: “The first consideration is always what’s best for the individual gorilla.”