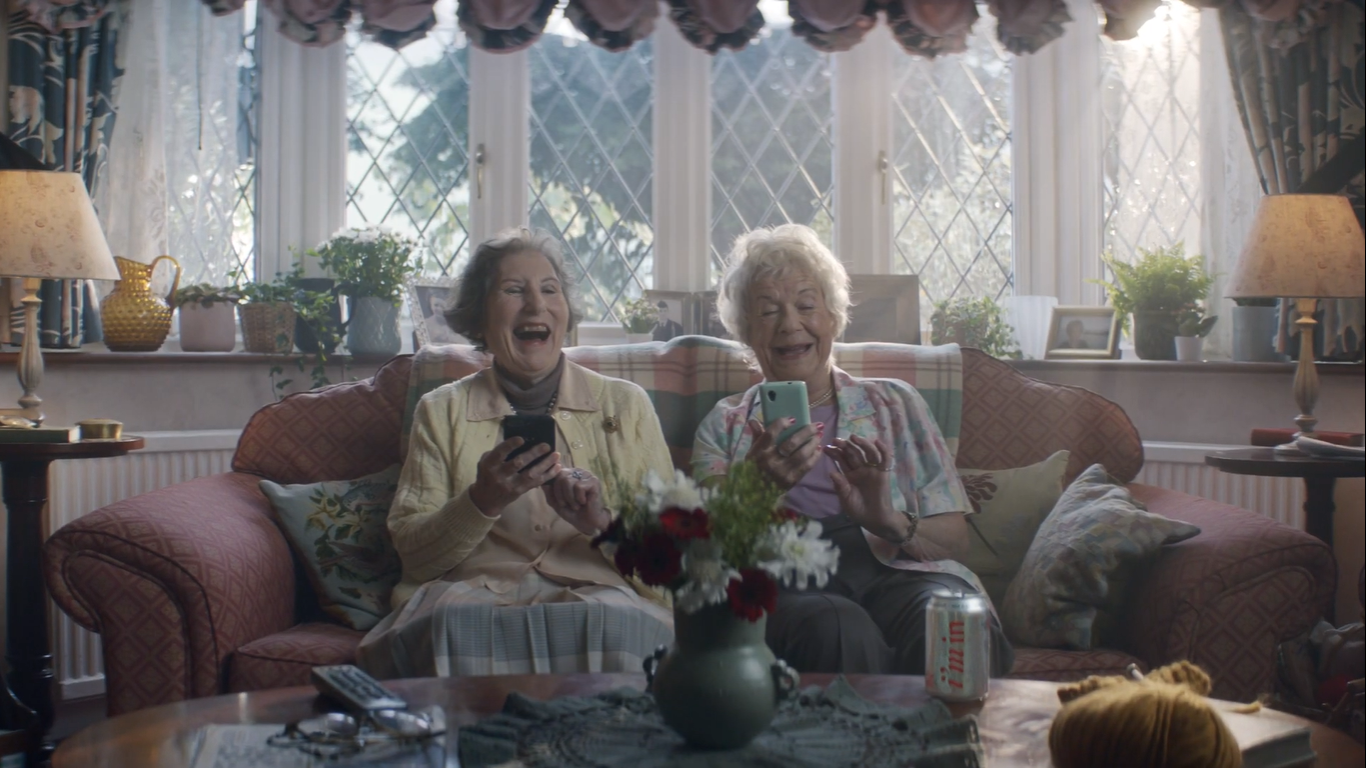 The campaign’s tagline is “You Do You”. It encourages consumers to embrace mainstream trends enthusiastically and fully.

A fake dating app called ‘Twinge’ is used in the advert. The two women can be seen swiping through profiles on their smartphones, interacting with one another and with the men on the app. The actresses use modern slang like “Total Playa” and “not looking for long term though, am I babes?”.

Speaking to Marketing Week, Diet Coke’s marketing manager Tuuli Turunen said: “Diet Coke is enjoyed every day and the launch of the new light-hearted campaign to celebrate everyday ‘you do you’ moments from embracing cultural trends to enjoying everyday pleasures aims to encourage our fans to just be themselves.”

The campaign was produced by creative agency Wieden+Kennedy London. The company also worked with OkCupid on its controversial “DTF” activation, which was banned in several US cities for being too sexually charged and political.

A similar effort to the new Diet Coke promotion was rolled out midway through August by Vodafone Australia. The telecommunications provider used another senior woman on a dating app to compare the positive feeling of getting a match to having a flexible mobile phone contract.

Coca-Cola partnered with Tinder in 2015 for a Christmas promotion which showed Santa using the dating app to decide who had been naughty or nice.