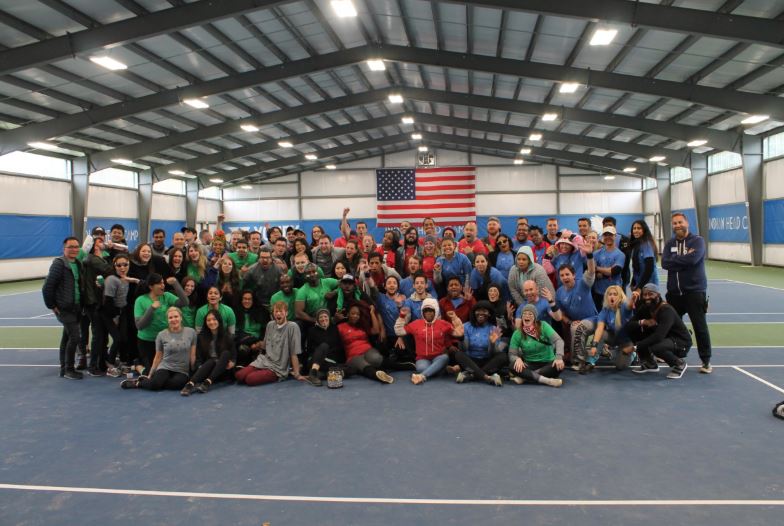 Coffee Meets Bagel and Camp No Counselors recently joined in a partnership and held a sleep-away for singles.

An attendee told Business Insider what it was like, and how much her and her friend enjoyed the three-day experience.

She said: “I wasn’t quite sure how I felt about whisking myself away to the woods for three whole days with a bunch of random strangers. So I dragged my best friend from college along with me.

“Last Thursday, we packed our bags and set off to camp after work with 150 others.”

They all left New York City in a fleet of three buses with free alcohol.

The campsite took place at a sleep-away camp on the Pennsylvania/New York border. The camp was then divided into different co-ed dorms.

Campers were encouraged to mingle, and enjoyed pizza and an open bar with wine, beer, whiskey, vodka and gin.

Breakfast on the first morning included a spread of bagels, scrambled eggs, fresh fruit and oatmeal.

Everyone was then able to sign up for the activities which they wanted to participate in during the day, from paddle boarding, canoeing and kayaking to dodge ball, archery and arts and crafts. A costume-themed party took place one night, where campers were all dressed as a movie character of their choice.

A competitive relay-style team event called the Battle of the Bagels was described as “the most epic part of the whole camp experience”. It entailed dozens of mini games that made up the relay. On the last evening, the campers were treated to a cosy concert put together by Sofar Sounds – another opportunity for singles to connect.

When discussing whether the camp was successful, the attendee claimed: “By the third day, several singletons had coupled up, while others were pretty close to doing so.”