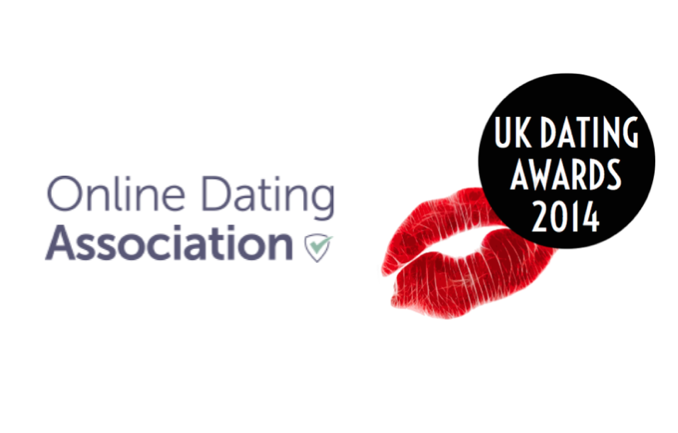 A war of words has been exchanged about the forthcoming UK Dating Awards and the Online Dating Association.

Jason Lee, the creator of DatingWebsiteReview.net, recently attacked both in a post on his blog, entitled Online Dating Association has few REAL associations.

Lee takes aim at the judging criteria of the newly-formed awards, and their relationship with the Online Dating Association.

Regarding the UK Dating Awards, Lee said: “after reviewing their process (or rather lack thereof) I found there to be nothing to their awards process that would lend any consumer confidence in their declared ‘winning’ dating sites. My hunch is also that by sniffing the trail of money that it would most likely lead directly back to those who fund and receive these new awards. (While I cannot prove it, that is my strong hunch).”

About the Online Dating Association, he said: “this is a small group of people are not in any meaningful way engaging the industry as a whole but rather they are a small outfit that is using the appearance of authority to further their own business interests.”

His concerns for the industry: “If you are a dating site operator hoping for a responsible and transparent industry trade group and association I submit you should be concerned. On the other hand, if you are member of the public I just hope you have the ability to see through the classic smoke and mirrors of an awards ceremony that is akin to a community of bankers handing out awards among themselves.”

We spoke to both Charly Lester, founder of the UK Dating Awards, and George Kidd, chief executive of the Online Dating Association (ODA), to give them a chance to respond to criticisms lodged against their organisations.

Firstly, a bit of background about the UK Dating Awards: they were founded earlier this year by Charly Lester, a dating blogger who writes for publications including The Guardian Soulmates and Huffington Post, and her own site, The 30 Dates Blog.

There are 30 categories of awards, honouring the best dating sites, apps, event companies, matchmakers, bloggers and journalists – the list of nominations for which can be seen here.

To be nominated for the UK Dating Awards, applicants have to pay – ranging from £250 for categories like best dating site, to £30 for best blogger – something which rankled with some potential nominees.

Lee said such nomination processes “makes a mockery of any legitimacy to an online dating award.”

Explaining their criteria and process, and answering Lee’s charge that the money would most likely lead back to those who fund and receive the awards, Lester said:

“We don’t have any funding this year! We don’t have any cash sponsors, and the Awards are a completely stand alone entity. In our search for sponsors, we actively targeted companies not directly linked to dating in order to maintain as impartial a stance as possible and to avoid accusations of influence.

“In order to fund the administration and running of the Awards, we’ve needed to charge entry fees, which is quite normal in an industry awards programme (and ironically is significantly cheaper than most other industries, because we acknowledged the UKDA was in its first year). Every entrant to each category has been required to pay the same entry fee, to ensure a fair approach, and I have directly turned down approaches from several companies who asked for deals on entries, or free entry.”

Lee also questioned whether Lester’s position as a dating blogger makes her a suitable candidate for hosting an awards show which professionally assesses online dating sites, saying: “the organizer and judge is NOT a relationship expert and not even someone with any experience reviewing sites or looking for actual facts or comparing those facts about dating sites.”

Lester replied by saying: “In the same way that a food critic may not be a chef, a dating judge just needs to understand dating, I’m a single girl who has devoted the last 18 months of my life to trialling dating sites, apps and events, in my spare time. If anything, by not having a financial interest in a dating company or website, surely I’m well-positioned to create a completely impartial awards. I want the Awards to be something daters can rely on. I want them to be something companies aspire to win, and something which therefore helps continue to raise the standards of the industry.”

She also said the judging affiliations of the UK Dating Awards have been declared on their site, and the structure was created as a direct result of complaints about “corrupted public voting methods in other industry awards.”

This is presumably a reference to the iDate Awards, whose nomination process works by submitting free nominations, after which it goes to a public vote.

Their process has also received criticism from some within the industry, who say this allows smaller sites to win the awards by getting their own members to vote.

We asked Jason Lee, who runs his own dating awards, called the Golden Heart Consumer Choice Awards, what he thinks is the best way to judge online dating sites, and said that aggregate IP protected reviews are the appropriate methodology for awards.

His awards are based on consumer reviews left at DatingWebsiteReview, and the winner is chosen at an editorial level out of the top three dating sites in each category who receive the best customer reviews that year.

Regarding iDate, in an email to George Kidd, Lee said he is a “firm believer that iDate serves a critical role in the industry” and proud to be a sponsor, but is no lapdog for the organisation.

“The reason we differentiate ourselves from the industry awards from the Internet Dating Conference (iDate) and use our awards as a compliment in such a way that draws more attention to the Online Dating Conference and Awards is because, we share the widely held belief that it is responsible to show a united front and respect the efforts of others who have worked very hard and invested heavily for many years in making the industry as a whole more; not less responsible.”

Lee states that the nominations for the UK Dating Awards, specifically in the category of Dating Website of the Year, was evidence that the awards were not representative of the best sites in the industry.

For comparison, these are the sites nominated for Best Dating Site at the iDate Awards 2014:

In response to this, Lester said: “If Jason feels there are established names missing from a particular category — for example Tinder or Match — then this is simply because they haven’t chosen to get involved with the first year of the Awards, however we hope they will in future years. I believe the shortlists speak for themselves though and some extremely prolific and deserving candidates are up for the Awards.”

Regarding the Online Dating Association, which was set up last year as a UK-based association to promote best practice for online dating sites, Lee says they have not done enough to reach out to dating sites “in any meaningful way”.

In an email to George Kidd, the full correspondence of which Lee published online here, he says: “Your organizations claim to be, ‘The Online Dating Industry Association’ while you yourself state that the focus is you say, ‘on the UK first’ as a UK Online Dating Association. With that in mind you, if you do not plan on doing the necessary outreach and alignment you may want to consider making changes to the stated purpose and mission of your organization as well as the name. By making those changes you may be more concise in communicating your industry role which currently insinuates that it’s an, ‘Online Dating Association serving all, in all areas of the world’.”

Lee also questions why the ODA is endorsing the UK Dating Awards, but not iDate.

We asked what his issue with this was, and he replied:

“The stated mission of the ODA is to in essence pay respect to the existing good works in the industry yet the chief executive has never so much as even been to the industry trade show that’s been going for 10 years all around the world? Are you kidding me? The ODA doesn’t endorse a 10 year old worldwide conference? But they endorse a blogger and her arbitrary awards?”

We asked George Kidd, chief executive for the ODA, for his thoughts on these criticisms, who said:

“ODA welcomed the UK Awards as a celebration of innovation in this market, particularly with awards around customer service and safety. We have no financial interest in the Awards or events around them. We/I did not choose to favour one Awards event versus any other. But to my knowledge this is the only one that is focussed totally on the UK market and UK users. The awards are open to all (not just ODA members) as is the case with many trade body events…..and the interest in the first year does seem considerable. We, as an Association, have paid the going rate to attend the awards and have industry contacts as our guests. I really cannot see conflicts of interest and fear Jason’s wish to cause debate may be more to do with his personal interest in an awards activity of his own and a relationship with a show that has awards as part of the programme.

“To repeat: I have not expressed views on iDate. I did not attend the German event due to other pressures and the need to manage ODA within a tight budget. I cannot know for sure but expect the US event is even less focussed on the UK/European market. I served four years in Chicago and did my share of Vegas conferences and know how these events tend to be weighted – and for wholly understandable reasons.

“iDate events are significant and I want to talk to the sponsors about the events and the ODA. Some ODA member companies attended Cologne. Others did not. Our position on a show/conference is probably much as our position on awards activities: we give a broad welcome to any event that allows the sector to meet and exchange ideas and information that will lead to a healthy market and high levels of user satisfaction. It is not for us to act as advocate for one event over another and I thought this was clear in what I said to Mr Lee. I cannot speculate on why he might want to take our neutrality as some sort of act of disrespect.

“As for being small and not engaging with the industry as a whole and advancing self interest. I struggle to begin to answer this sort of throwaway remark. Look at the mainstream UK market and at our membership in what is still our first year of activity. It is very significant and being built upon.”

The ODA currently count Match.com, eHarmony, DatingLab, Oasis and Lovestruck amongst their members.

Lee told us he has heard talk that an American Online Dating Association may be in the works, and that “outreach and respect for the work already being done is how you bring people together.”

What do those in the industry think of the UK Dating Awards and the ODA?

What do you believe is the best way for an award shows to determine the best services in online dating?

And is enough being done in the online dating industry in terms of regulation?

Do let us know your thoughts, by posting in the comments below, or contacting us here: editorial@globaldatinginsights.com