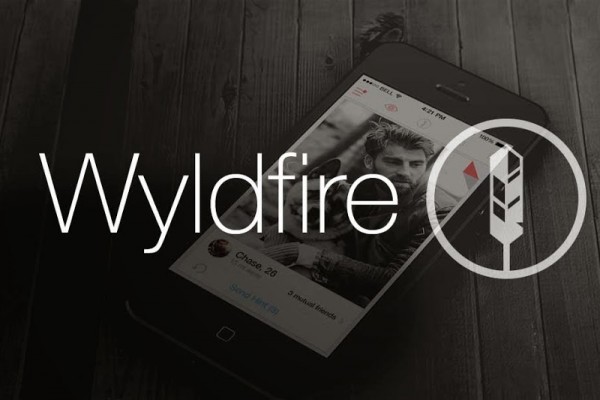 Wyldfire is a new dating app that promises to help women “ditch the creeps”.

All the male users of the app have to be invited by a woman who is already on the app.

Brian Freeman, CEO of Wyldfire, said: “After some extensive interviewing we found out that women wanted to feel more comfortable with the men they were talking to and to have more efficient conversations.

“Wyldfire accomplishes that and a whole lot more.”

When a woman signs up to Wyldfire, she gets three “feathers” – invites she can give anonymously to her male friends.

The “feathers” can be requested, but all men must be approved by a woman on Wyldfire.

The app’s founders said: “In American Indian culture a feather represents a gift of high honor.

“Wyldfire felt that this image reflected well the company cornerstone of women handpicking gentlemen for this social network.”

Part of Tinder’s popularity amongst women is that they don’t get bombarded with messages from men, because they choose who they talk to.

Wyldfire takes this a step further, putting women in control over who uses the app.

It also offers a beefed-up version of another popular Tinder feature – user verification via Facebook.

Once you have your Wyldfire profile, you get matched with users Tinder-style, and can send up to 20 messages via chat.

The creators said that this limited chat aims to “keep the conversation focused”.

Coffee Meets Bagel employs a similar tool – giving users a seven day countdown to chat and go on a date.

Trending shows who is getting the most attention locally, and Your Profile provides detailed analytics “to help you make better decisions”.

Any members who are flagged will lose access completely until their case is reviewed, and women who invite men who get flagged too often can get blocked as well.

Wyldfire also plans to organise exclusive events for its members, so they can meet in person.

The app has raised $100,000 in a six week lightning round from San Diego Angels and law firm Wilson Sonsini Goodrich & Rosati.

Wyldfire has also started a second round of fundraising with an AngelList campaign, looking for a total of $700,000.