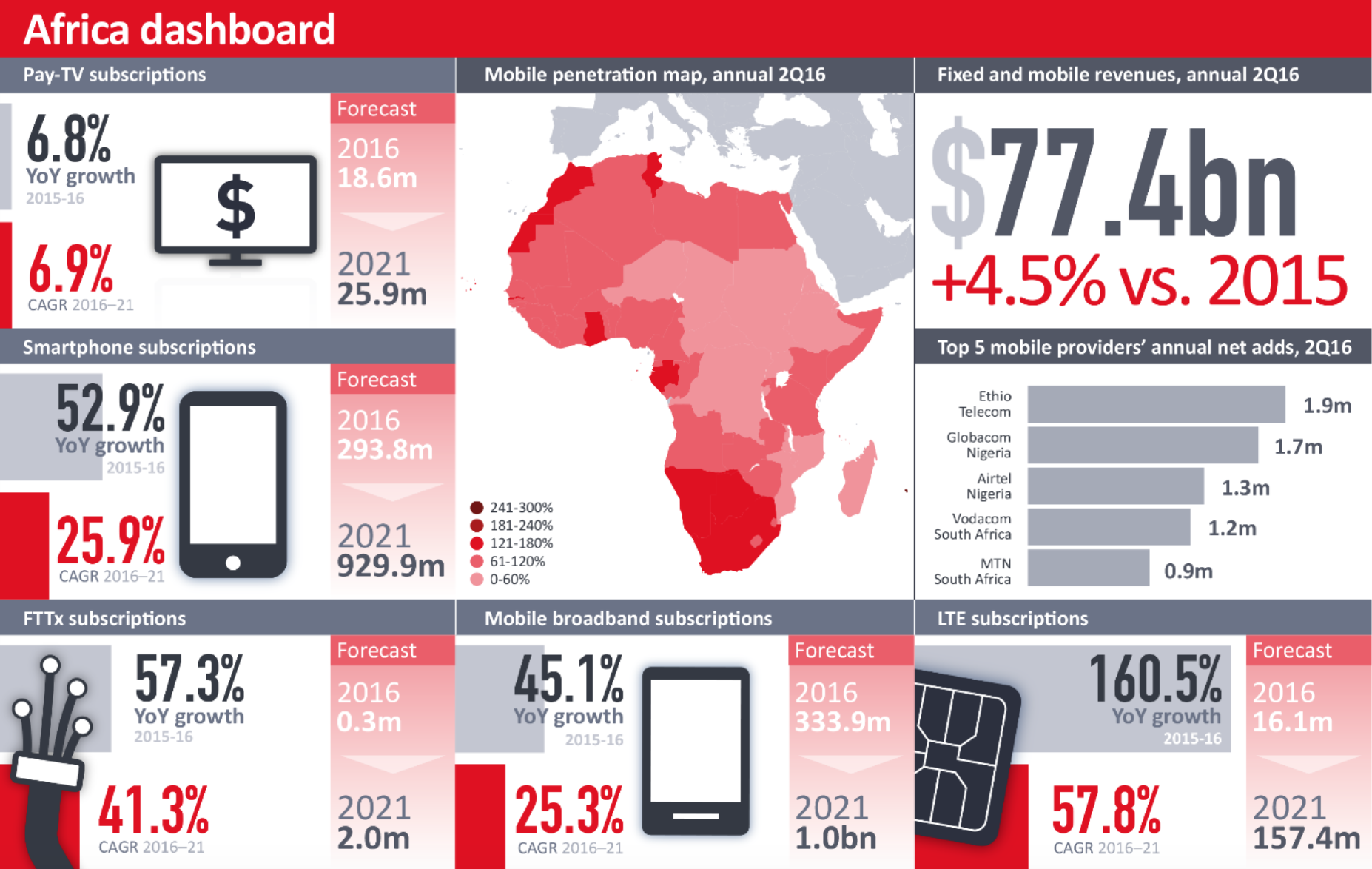 Africa is on track to hit 1bn mobile subscriptions by the end of 2016, according to a new report by Ovum.

The report argues that data connections, as well as data and digital service revenue, will drive the next phase of growth in Africa’s telecoms market.

This will be pushed by the increasing roll out of 3G and 4G networks, as smartphones become increasingly affordable.

This year, the number of smartphone subscriptions have seen a 52.9% year-on-year increase, and are expected to hit 293.8m by the end of 2016.

In addition to this, Ovum’s research predicts that by 2021, there will be 1bn mobile broadband connections in Africa, and 157.4m 4G LTE connections.

Matthew Reed, Ovum’s Middle East and Africa practice leader said: “As Africa nears the landmark of 1 billion mobile subscriptions, it is clear that the next phase of growth will be in broadband connections and in revenue from data access as well as from new ‘digital services’ such as digital media and mobile financial services.

“However, Africa remains less advanced than most other world regions in its broadband development, and there is both an opportunity and a need to further improve connectivity on the continent, and to take advantage of the benefits that connectivity can bring.”

And despite this progress, the growth in new mobile subscriptions is actually slowing, the average rate of mobile penetration in Africa standing at 79% at the end of June, and with mobile voice revenue in Africa set to decline over the next five years to 2021.