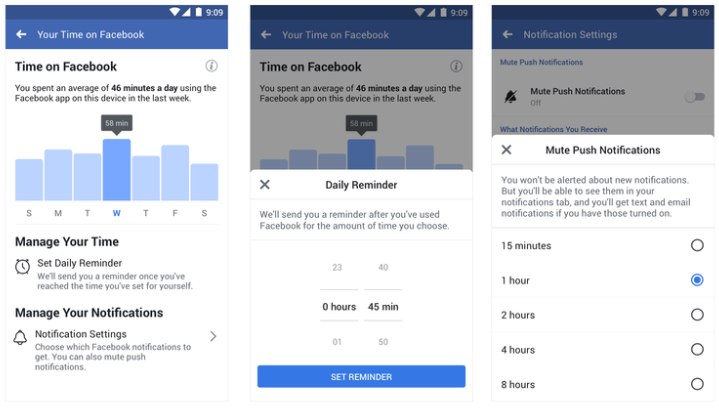 Facebook and Instagram are beginning to roll out ‘Time Well Spent’ features. They will be available on all profiles over the the coming weeks.

The new integrated dashboard will show users how many minutes and hours they have spent on the respective apps that day.

There will also be a tool that allows consumers to cap the amount of time they use the social networks for. A notification will pop up to remind them that they have reached their daily limit.

This new feature comes at a time when Facebook is trying to ensure that the time spent on its products is intentional, positive and inspiring.

The move was confirmed in May when Instagram CEO Kevin Systrom tweeted: “We’re building tools that will help the IG community know more about the time they spend on Instagram – any time should be positive and intentional.” Instagram began to reduce users activity by introducing a ‘You’re All Caught Up” notification, to prevent endless scrolling. It would let someone know when they’ve seen all the posts on their feed from the last 48 hours.

Limiting the time consumers spend on the app will reduce Facebook’s ad revenue. However, a positive move to look out for people’s mental health and well-being could drive customers, and investors, back to the product.

The company is trying to regain popularity after a poor Q2 caused its stock price to drop by 20%.