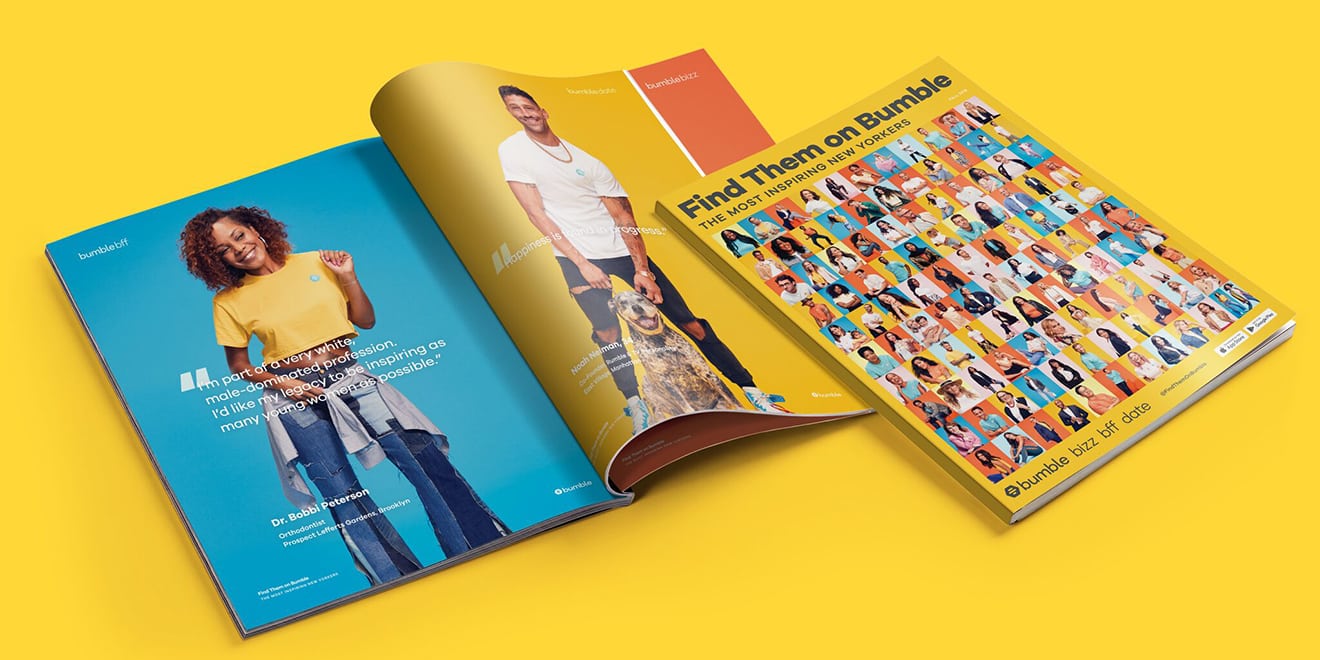 Vox.com has published an article looking at the “real people” who were used in Bumble’s recent multi-million dollar advertising campaign.

‘Find Them On Bumble’ was rolled out at the beginning of October and featured 112 New York users of the app. Pictures and accompanying biographies of the New Yorkers have been plastered all over the city in various formats.

Bumble’s Chief Brand Officer Alex Williamson told Vox that thousands of people applied to be a part of the campaign and the company also contacted some people that had worked with Bumble in the past.

Williamson said: “We looked at a lot of different ways to showcase the people on our platform, because we realized that no matter how many product updates we do — we can make the best product in the world — our product is really our people.”

Some of the people who participated in the initiative were actors, models, personal trainers and business owners.

The article explains that although most of the participants are above average users of Bumble – as they can be considered good looking and successful – they can all be found on one of the social app’s three platforms.

This relates back to the idea that the Bumble users are the products, and people who see the adverts can aspire to be like them, or with them.

Zab Johnson, the executive director at the Wharton Neuroscience Initiative, described how this technique could help to create a successful marketing push.

She said to Vox: “It’s promoting this idea that you could be one of these people. The social comparison isn’t ‘I don’t meet up to these standards,’ but ‘I could be that.’ ”

Bumble is planning on releasing a similar project in Los Angeles soon, and other US cities in the near future.