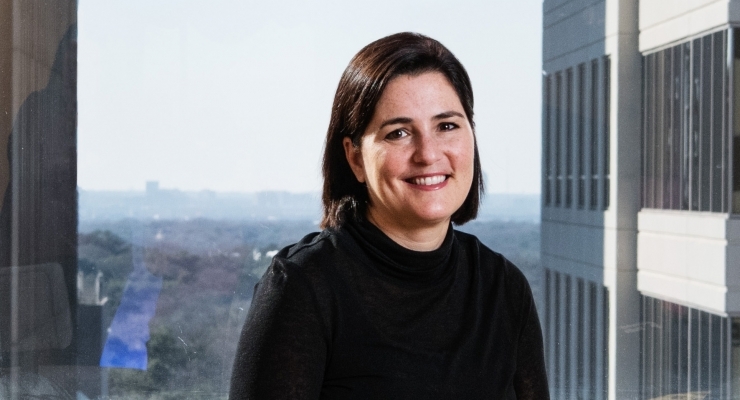 Former Match Group CEO Mandy Ginsberg, who stepped down from the position on 1st March, has opened up about her reasons for leaving.

Ginsberg said that health problems were behind her resignation, revealing that she had tested positive for the BRCA1 gene mutation, which increases the likelihood of developing breast cancer.

She wrote in a Monday essay for Fast Company: “This job has been the most fulfilling and impactful role of my career. But a one-two punch of personal issues forced me to take a step back and reprioritize.

“After sitting down with my husband over the holidays, I knew there was no way I could balance my personal needs and my job as CEO.”

Ginsberg has already undergone a preventative double mastectomy, hysterectomy and oophorectomy – an operation to remove the ovaries. She is due to undergo a fourth surgery to replace her breast implants, which doctors recently informed her were unsafe.

After receiving this news, she is now planning to raise awareness of BRCA testing. Statistics from the Basser Center for BRCA have shown that only 10% of people with the mutation are aware of it.

Her announcement has renewed discussion on women’s difficulties to balance home and work life due to pregnancy or child-minding responsibilities.

Many women have said they are told to leave personal issues at home and this has dissuaded them from disclosing health issues or pregnancy.

Ginsberg herself wrote: “Historically women have been told to leave personal issues out of the office, but how is that even possible when our careers are so personal? It takes strength and courage to be open and honest about personal challenges and even ask for help.”

She revealed she was hesitant to share news of her pregnancy or book a doctor’s appointment during work hours.

Giovanna Lockhart, chief strategy officer of The Riveter, a women’s union advocating for equality in the workplace, said: “Working women have many layers — whether they’re wives, moms, or sisters. We’re responsible for many people. Instead of women feeling as though they need to hide themselves, we need to peel back these layers so we can support each other better.”

Former President of Match Group Sharmistha Dubey has taken over from Ginsberg as CEO.