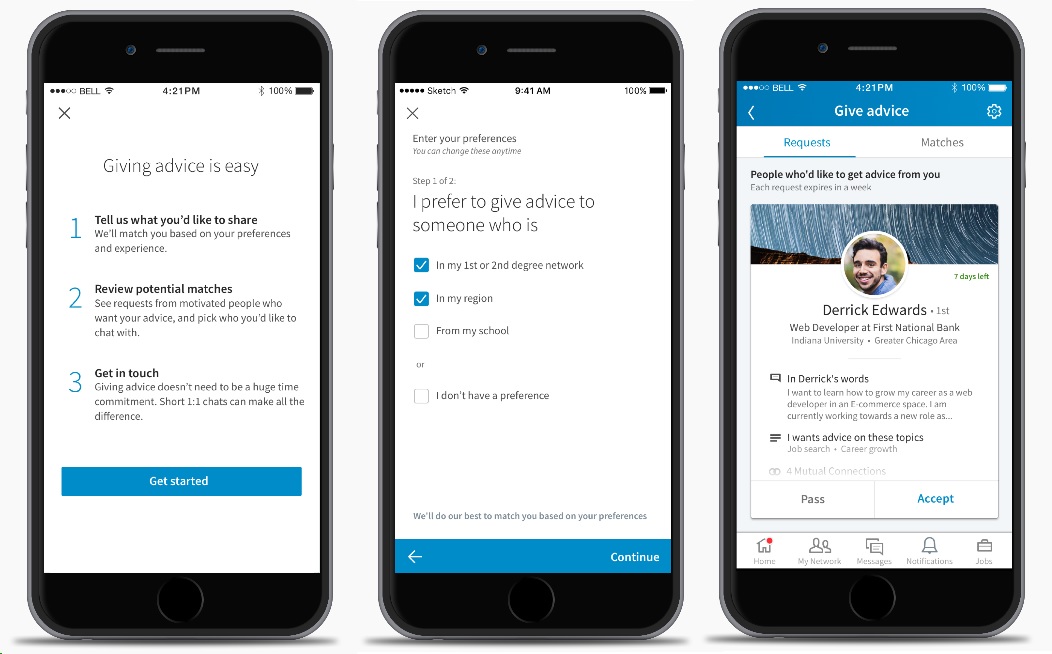 This week, LinkedIn announced a new service that will pair mentors with those looking for professional advice.

LinkedIn launched the feature in beta last month, but has now developed the full version for its user base.

The new service allows you to specify what your criteria requirements are, before being paired with a potential mentor or mentee.

After users indicate they are interested in getting advice or feedback on a certain topic, the search is narrowed down further to give users more of a choice.

You do not swipe on people’s faces, but you do cycle through a list of LinkedIn-generated faces and profiles including those who are in your 1st or 2nd degree network.

LinkedIn’s Hari Srinivasan, Head of Identity Products at LinkedIn, said: “We have done research and found that among the senior ranks of our user base, nine out of 10 people have said they want to give back

“Paying it forward is a powerful force. All of them received help on the way up and now want to find a way to give that help back to others.”

The service is free to use and will be initially available for people in San Francisco and Australia.