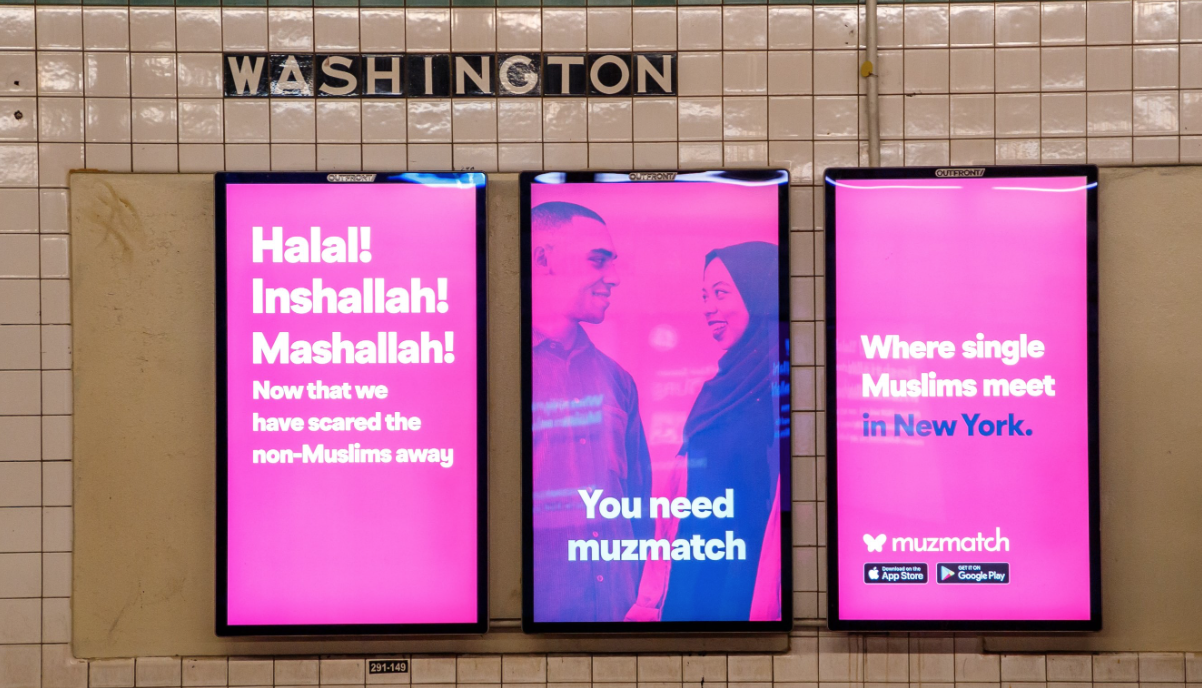 muzmatch has launched a new advertising campaign across the New York City Subway system, appealing to the three quarters of a million Muslims living in the city.

The new advertising, featured across the city’s underground network, includes a number of slogans synonymous with dating in the Muslim community. The posts feature slogans including “love halal guys?”, “Prefer biriyani to Big Macs”, and “ever been ‘randomly’ searched at the airport” and all end with the phrases ‘you need muzmatch’.

The campaign follows a busy eighteen months for muzmatch, during which time they hosted a London popup cafe singles event, celebrated a record breaking December and ‘Dating Sunday’, and also introduced a number of new features, such as video messages and updated filters.

muzmatch recently featured in the news for a high profile lawsuit with the Match Group, where they were forced into removing their swipe action from the platform.