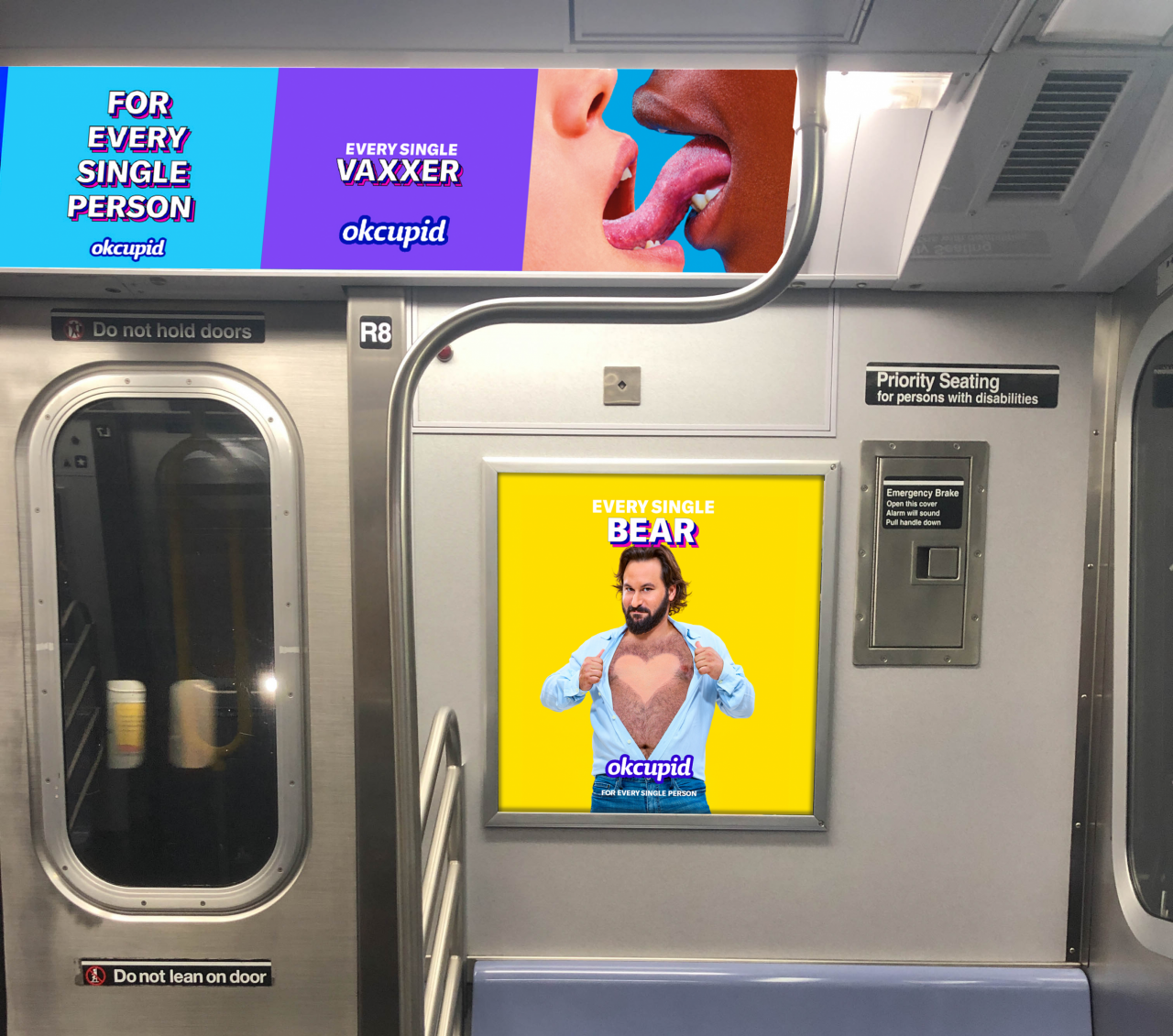 OkCupid has released a new out-of-home marketing campaign celebrating the unique variety of people on the platform. The promotions feature its signature eye-catching, and sometimes controversial, content.

Billboards and posters are being erected across New York, Los Angeles and Chicago with individual designs for ‘Every Single Person’ who uses OkCupid.

There’s also an underlying LGBTQ theme running through, as OkCupid wants to prove it’s welcoming to all sexualities and gender identities. Internal data shows there was a 20% increase in non-binary singles signing up throughout the summer.

In June, OkCupid added an expanded list of over 60 new identity options for LGBTQ users. The list was curated in association with the Human Rights Campaign, to ensure as much of the community as possible was represented.

Global CMO Melissa Hobley told The Drum: “As people return to dating, however they feel most comfortable doing so, we want this campaign to show everyone, from feminists to introverts to non-binary to pansexuals to vaxxers, that OkCupid is a place where they can feel welcomed.

“We have always been an exclusively inclusive dating app, and that will never change.”

Many of OkCupid’s recent advertising campaigns have been deliberately provocative, especially the DTF spots in 2018 and 2019. This one was apparently no different, with several placements being rejected by local authorities.