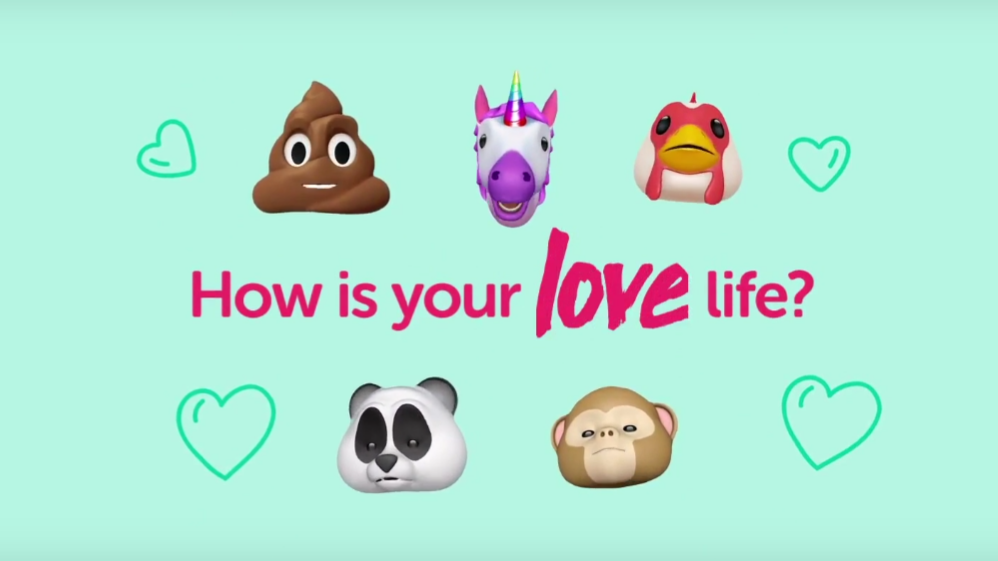 #SingleMoji is a new advertising campaign that has just been launched by Single Muslim.

He explained that it was designed to promote the different types of people that are on the Single Muslim platform, as well as highlighting the struggles that each single person faces.

The idea uses animojis, a feature that is available to Apple customers who have an iPhone X or later.

Talking BBC Radio London, Younis said: “It creates awareness of the archetype of singletons that everybody is. Each animoji has a different personality.

“It’s a fun, creative way – to draw out the light-heartedness on the very very very real struggles that singletons face.”

Animojis are 3D renders of certain emojis, which users can animate by locking onto their faces and recording themselves talking. The emoji will appear to come to life and mirror the speakers facial expressions and movements.

The first video has been released today (Tuesday 18th September) and shows a monkey called Ali talking about his love life.

He describes the issues he’s faced in past, like going to court and getting into trouble with an ex-girlfriend’s father. However, he is ready to find a serious girlfriend now and assures the audience there will be “no more monkey business”.

Adeem Younis will be giving a talk about the history of his brand at the upcoming GDI London Dating Conference. He will also be featuring on a panel alongside David Yarus, the CEO of Jdate, and Jackie Elton, the CEO of Christian Mingle.