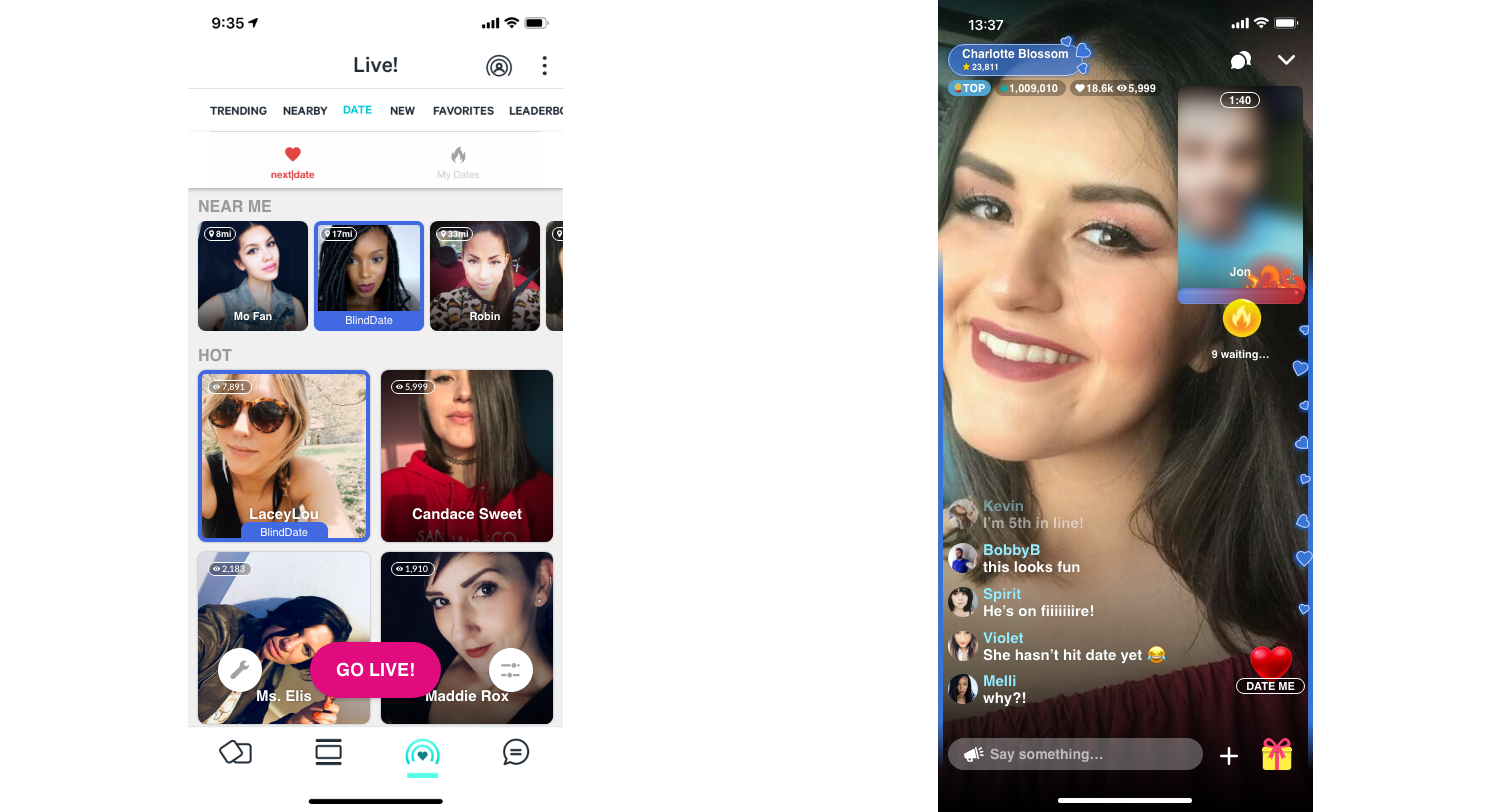 The Meet Group has announced that its brand new dating game ‘Blind Date’ is being rolled out to the MeetMe and Skout dating platforms.

Match Group-owned Plenty Of Fish, which The Meet Group helped develop its own livestreaming feature, is also getting access to the new mode.

‘Blind Date’ gives the streaming host the ability to hear the ‘contestant’ but they initially can’t see them. As the video chat progresses, the images becomes less and less blurred before being fully revealed at the end of the allocated time.

Both participants can then decide whether or not they want to make a match and continue the conversation privately.

CEO of The Meet Group Geoff Cook said in a statement: “We are seeing that our members value personality over attractiveness, and with Blind Date, they are given the opportunity to chat first and gain a sense of who they are connecting with.

“When people make the first impression with their personality and not their face, matching increases by 65%. Personality is a powerful attractor, resulting in more substantive and meaningful connections.”

Blind Date was first added to Tagged, The Meet Group’s dating and livestreaming service for the African-American community, in April and has positively affected the rate at which users are matching.

A company survey found that 77% of MeetMe users would be open to chatting to someone before knowing what they look like.