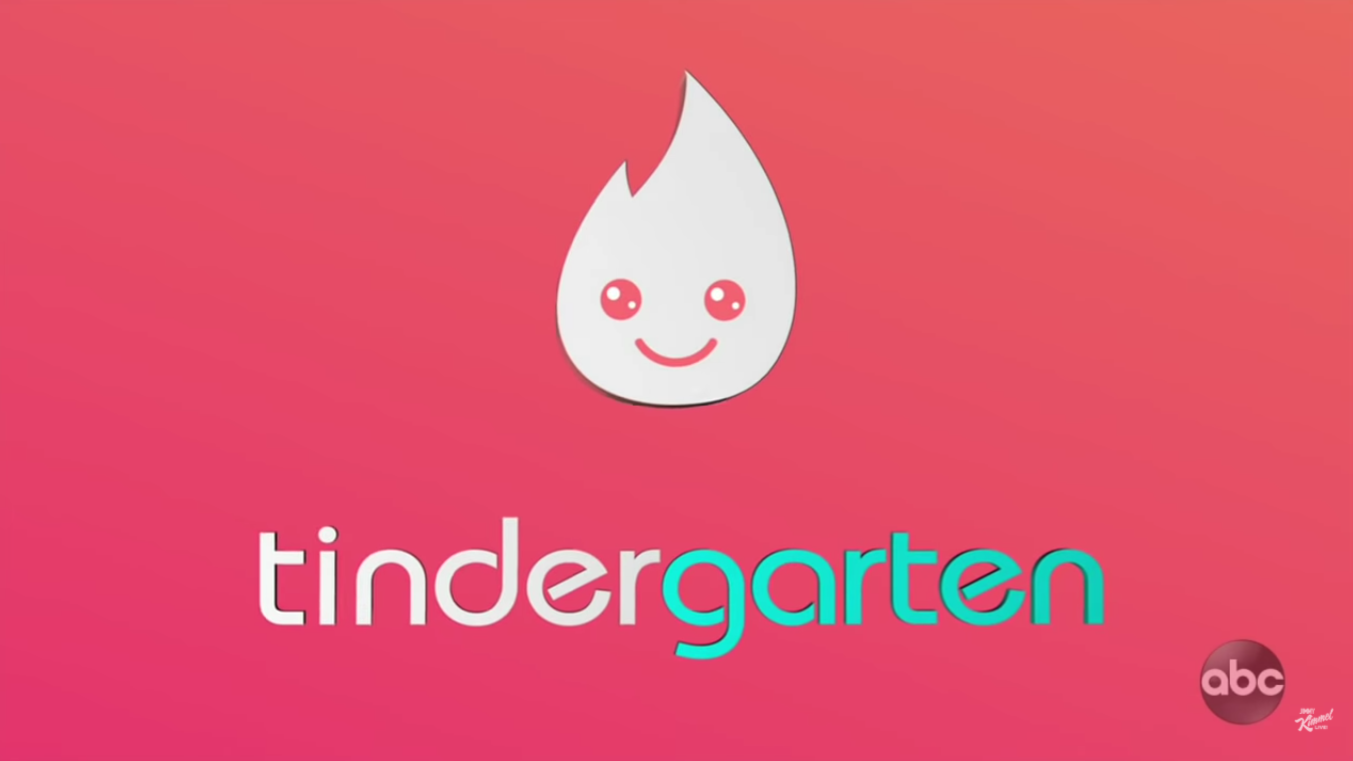 At the end of last week, Jimmy Kimmel included a sketch in his late-night talk show about a dating app with a difference.

‘Tindergarten’ was the name of the fake app that helped children connect with each other. A five-year-old girl called Lilliana and a four-year-old boy called Mike joined Kimmel to look through potential matches.

Things got off to a rocky start when Mike admitted he didn’t know the difference between his left and his right, so the host had to assist with the swiping.

The two children matched after Lilliana was the only girl that Mike liked. They then went on a date at a nearby diner where they romantically shared a chocolate ice-cream shake.

Mike obviously got some first date nerves, however, because he ran away from the table and had to be carried back by Kimmel.

Once the pair started talking and telling jokes, Kimmel declared: “I’m very glad you’re in love right now!”. Clearly this was too soon for Lilliana and Mike, as they both appeared very embarrassed and shook their heads. The comedian then changed his statement to: “I mean I’m glad you’ve become friends”.

Tinder is set to launch its own interactive television show inside the dating app. The first five-minute episode of ‘Swipe Night’ will go live on 6th October and viewers will be able to make key decisions on behalf of the main characters.

Employees from Bumble filmed a ‘Mean Tweets’ video for the social app’s YouTube channel in November 2018. The video was based on a long-running segment made popular by Kimmel, in which celebrities read out nasty comments that people have made about them online.