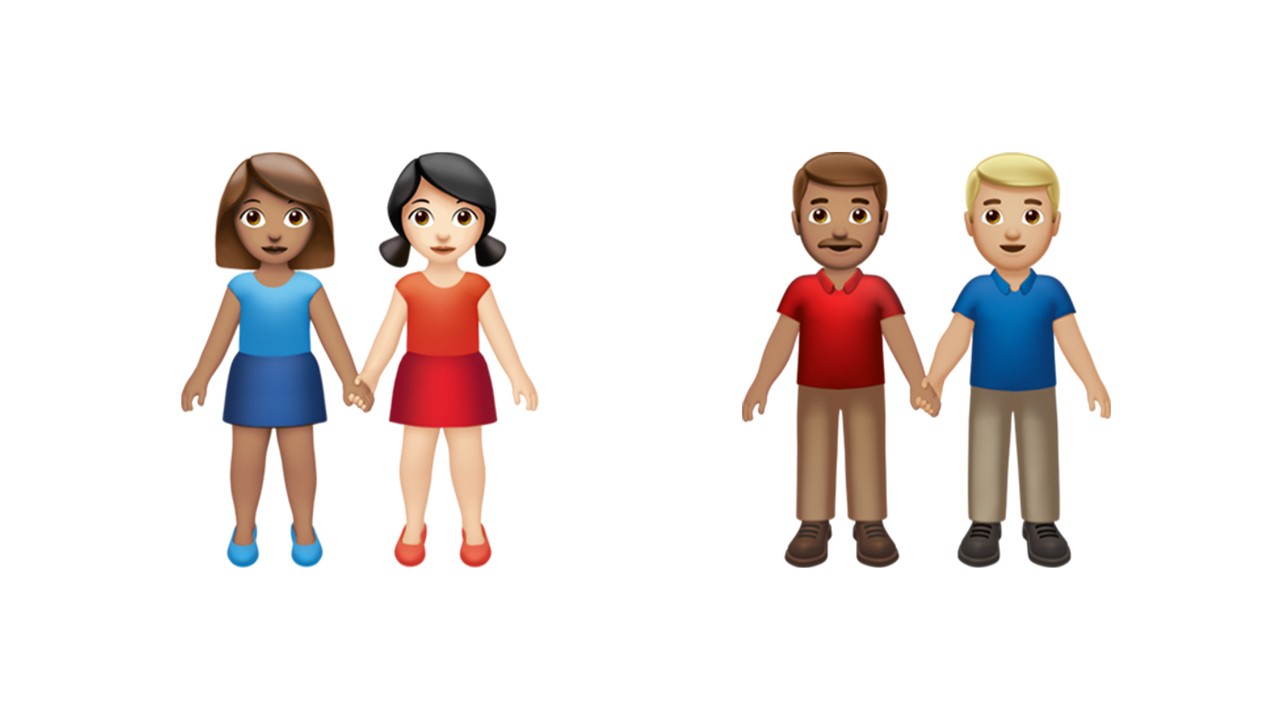 The new characters are the result of a formal petition from Tinder who began campaigning for more digital inclusivity at the start of 2018.

A survey commissioned by the dating app found that the majority of users were open to dating people of other ethnicities, and that the number of mixed race marriages had risen since it was first launched.

Over 50,000 people signed the petition before a proposal was submitted to the Unicode Consortium, the organisation that oversees the official emoji index. A first draft of the update was published at the start of 2019 after the motion was passed.

Previous mechanisms needed to be updated to allow the ‘Holding Hands’ emoji to support separate skin tones for each person. The five different skin tones can be interchanged in all possible combinations which, along with same-sex and opposite-sex couples, has resulted in more than 75 new images.

In total, 59 new base emojis are coming to iOS platforms “this fall”, while Google has promised they will be included in the Android Q update which is scheduled for later this year.

These include new disability characters, white and brown love hearts, and a drop of blood to represent menstruation.

Sugar dating website Seeking Arrangement asked its members which emoji they used the most. ‘Face Blowing a Kiss’ was the most popular, while the ‘Red Heart’ came fifth and the ‘Eggplant’ emoji completed the top 10.