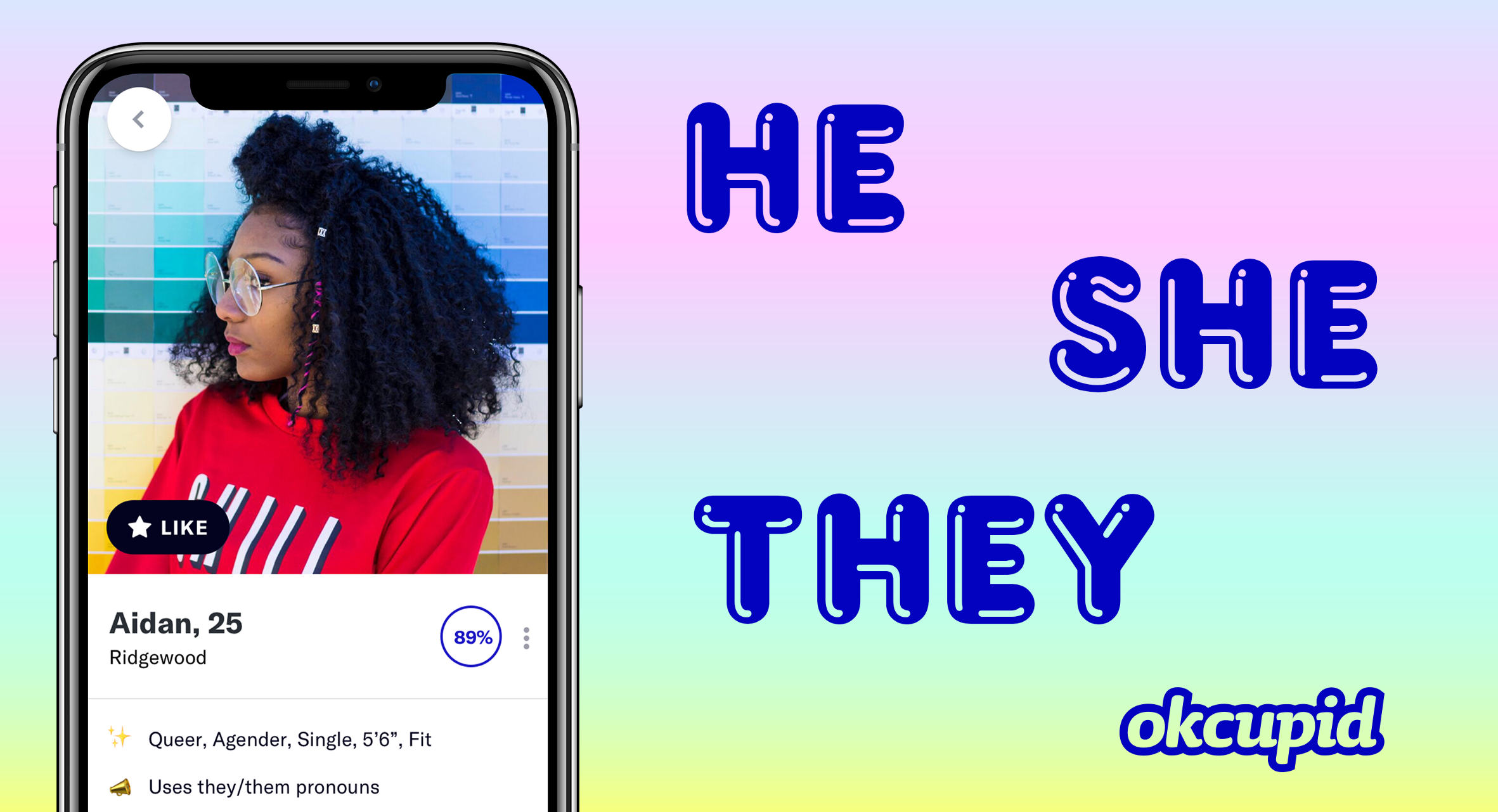 OkCupid will now make its ‘preferred pronoun’ feature available to all users, no matter their sexuality.

The option was first introduced two years ago but only for members of the LGBTQ community. Daters could add a note on the front page of their profile to show if they wanted to be referred to as ‘he’, ‘she’ or ‘they’.

OkCupid is hoping that the introduction of pronoun-listing will remove gender assumptions and normalise people identifying as transgender and gender-fluid.

Michael Kaye, global communications manager at OkCupid, told Metro: “For many people, especially non-binary and transgender daters, there’s nothing more personal than our names and pronouns.

“At OkCupid we’ve spent years helping LGBTQ+ daters express themselves more accurately on our platform, by adding questions focused on dating as a queer person to expanding gender and orientation options, and introducing the pronouns feature for our LGBTQ+ users.

“By encouraging all our users to share their pronouns, we’re hoping to create an even more inclusive space for everyone who lives outside of traditional expectations of gender expression and identity.”

At the end of 2019, the dating platform also introduced a range of profile questions specifically for its LGBTQ users. The new questions aimed to support conversations about how they came out and what their family thinks about their orientation.