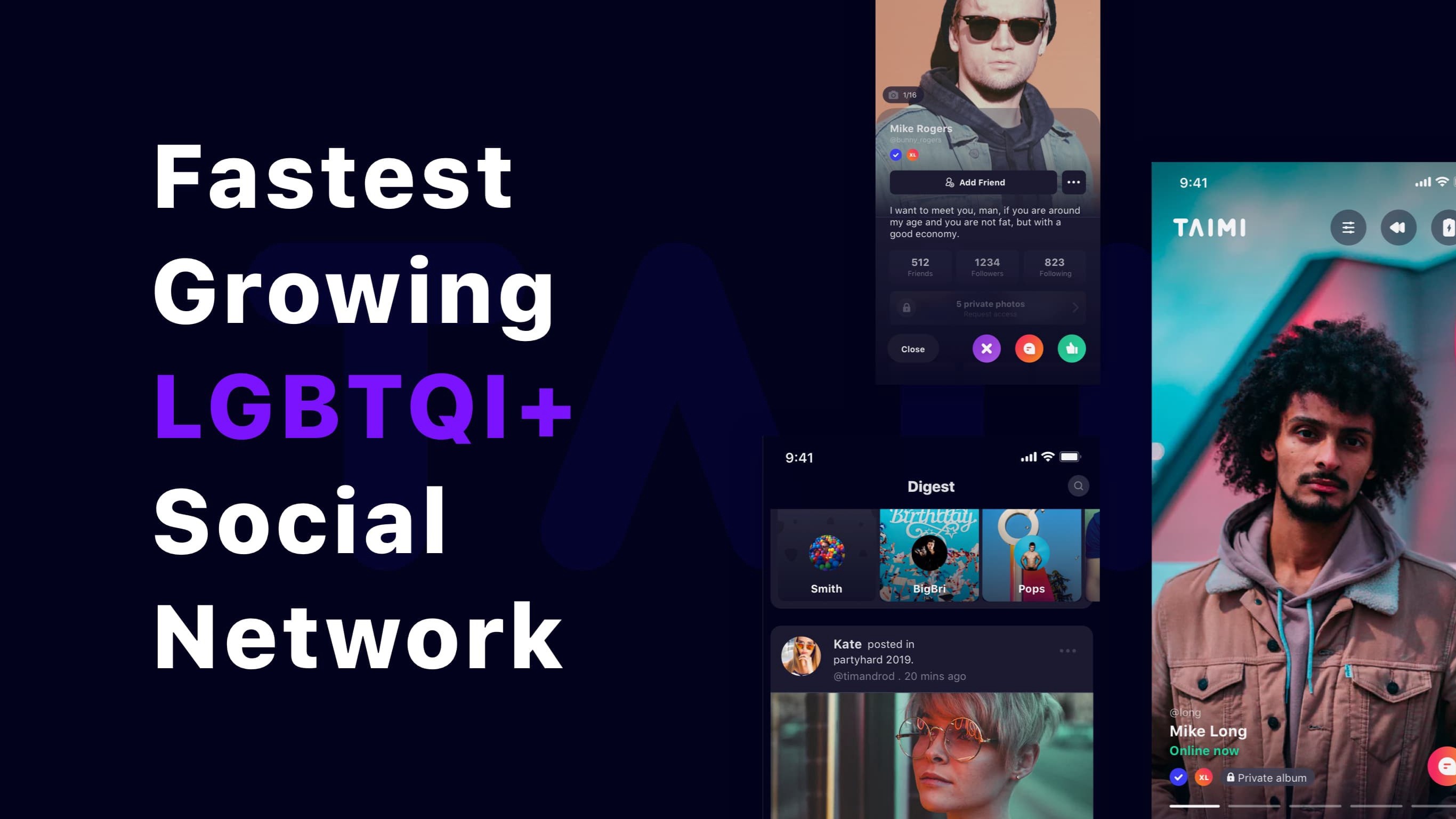 Dating app and social media service TAIMI has announced a raft of new features set to be included with the latest iOS 13 update.

When the platform was first released, it was styled as dating app for gay men. However, it is now broadening its functionality to serve as a social network for anyone who identifies as LGBTQ.

TAIMI’s in-app newsfeed, called ‘Digest’, is a place for members to provide status and story updates. As part of the changes, users will gain the ability to add outside links and share more interesting and entertaining content in this area of the app.

iOS 13 is the first release from Apple to include a dark mode, although it is only available on a limited number of apps. To mark this, TAIMI has redesigned its colour scheme with dark blue, purple and black shades to make it more compatible with the new operating system.

Finally, TAIMI users can now sign in with their Apple ID, a tweak which it claims has led to “an increase of 30% in terms of subscription conversion in comparison to other sign up options currently available”.

“We want the users that are interested in signing up for [a premium account] to get the best product possible, and those that are simply getting acquainted with TAIMI to have the opportunity to do so at their own pace without feeling the pressure to subscribe to a paid-version of the app.”

It is also actively involved in several awareness initiatives to help combat homophobia, such as a partnership with the LGBT Foundation and the #TAIMIPride celebration to mark the end of Pride Month.