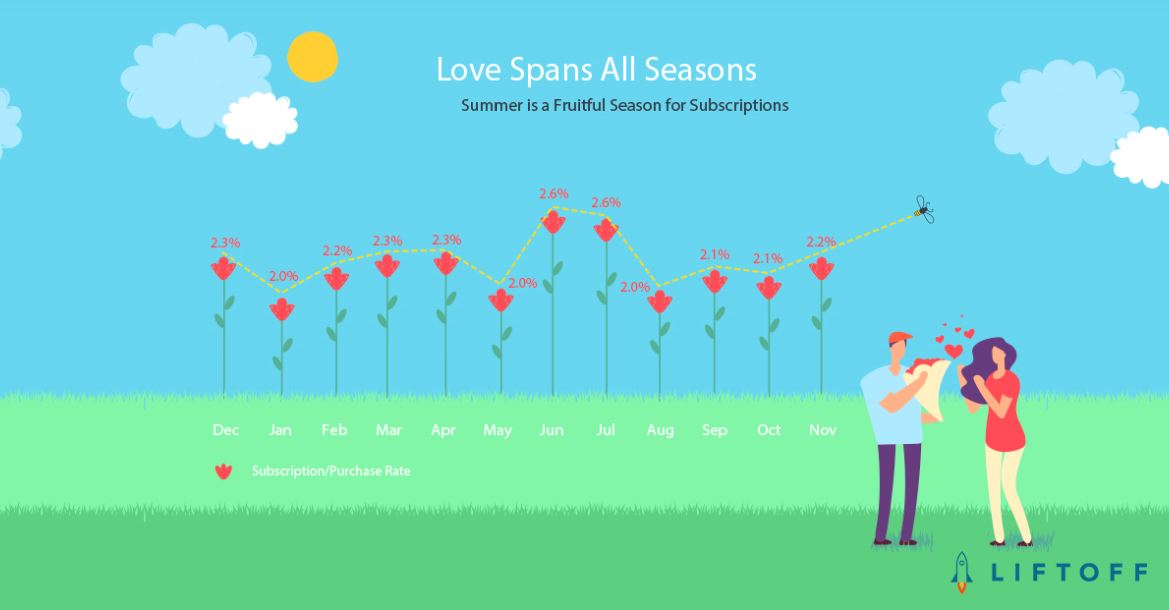 The 2019 report considers a wider range of dating apps than ever before, helping to shed light on the current trend of users downloading multiple apps at once.

September is singled out as a good month for marketers. The start of Cuffing Season sees a 71.1% rise in registrations compared to the average month, while cost-per-install sits at $2.46 – the second lowest monthly figure.

One striking figure from the investigation was that install-to-registration rates had fallen significantly in North America, from 65.8% in 2017 to 11.23% in 2018.

This 485% drop was attributed to dating fatigue by some commentators, but a range of factors (some methodological) are likely behind the statistic.

Speaking to Global Dating Insights, a Liftoff spokesperson noted that many of the dating apps with extremely low registration rates were included in the analysis for the first time this year.

Users may download three to four apps in one go, and proceed to only register on some fraction. Further, a different selection of advertisers being included in the ad impressions analysis may have impacted the registration rate statistic.

In Latin America, the install-to-subscription cost has dropped to $20.88 per user and subscription rates have “skyrocketed”. This acceptance of online dating is mirrored in regional pop culture; Gabriel Diniz’s song about Tinder became a number 1 hit in Brazil last month.

The 2019 Liftoff findings draw “from an analysis of internal data from December 1, 2017 through November 30, 2018, spanning over 53.4 billion impressions, over 1 billion clicks, 15 million installs, and 11 million post-install events”.