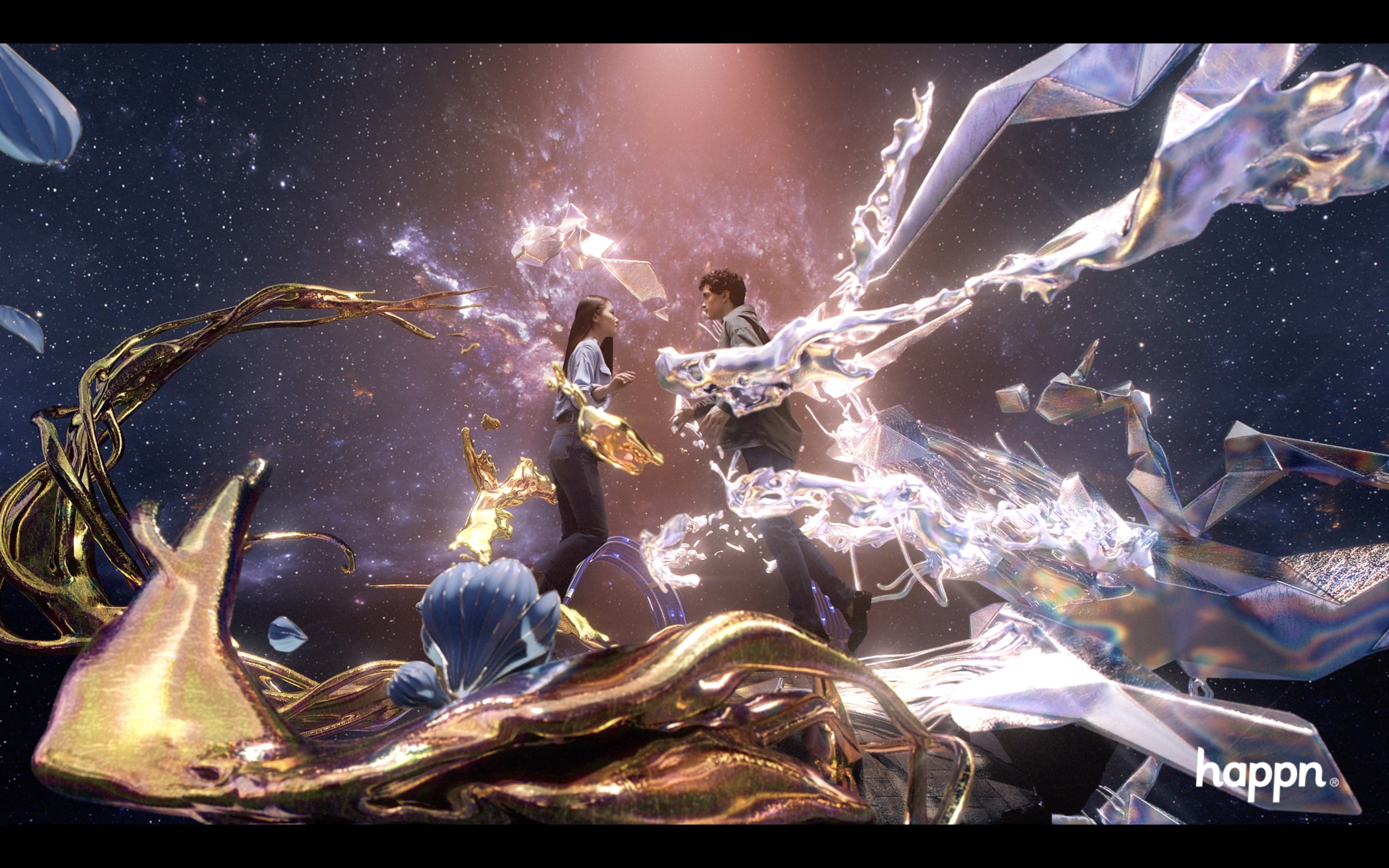 The 30-second video shows two young people walking towards each other in the street. Extensive computer-generated imagery is then used to replicate the explosion of emotion when a connection is made for the first time.

It debuted in France on 16th July before starting a run on Italian television at the end of last week. On Saturday, the promotion was made available online across the rest of Western Europe, including the United Kingdom and Scandinavia.

happn’s founder Didier Rappaport said in a statement: “We wanted to show what can happen when everything in the world fits perfectly together – the right moment, the right time, the right person – and demonstrate just how powerful that moment can feel.

“It’s not every day that we find something, or someone, who was made specifically for us, so it was important for us to show, literally, what a chance meeting and a chance look can do.”

The campaign will continue to run until the end of the summer.

happn introduced a new video call feature at the beginning of June to help singles stay connected while they were stuck in lockdown. Users could take part in a five-minute conversation for free, before needing to upgrade to a premium account.

Two months earlier the company had increased its matching radius from 250m to 90km, as people were unable to make new matches while they were limited to how long they could spend outside.