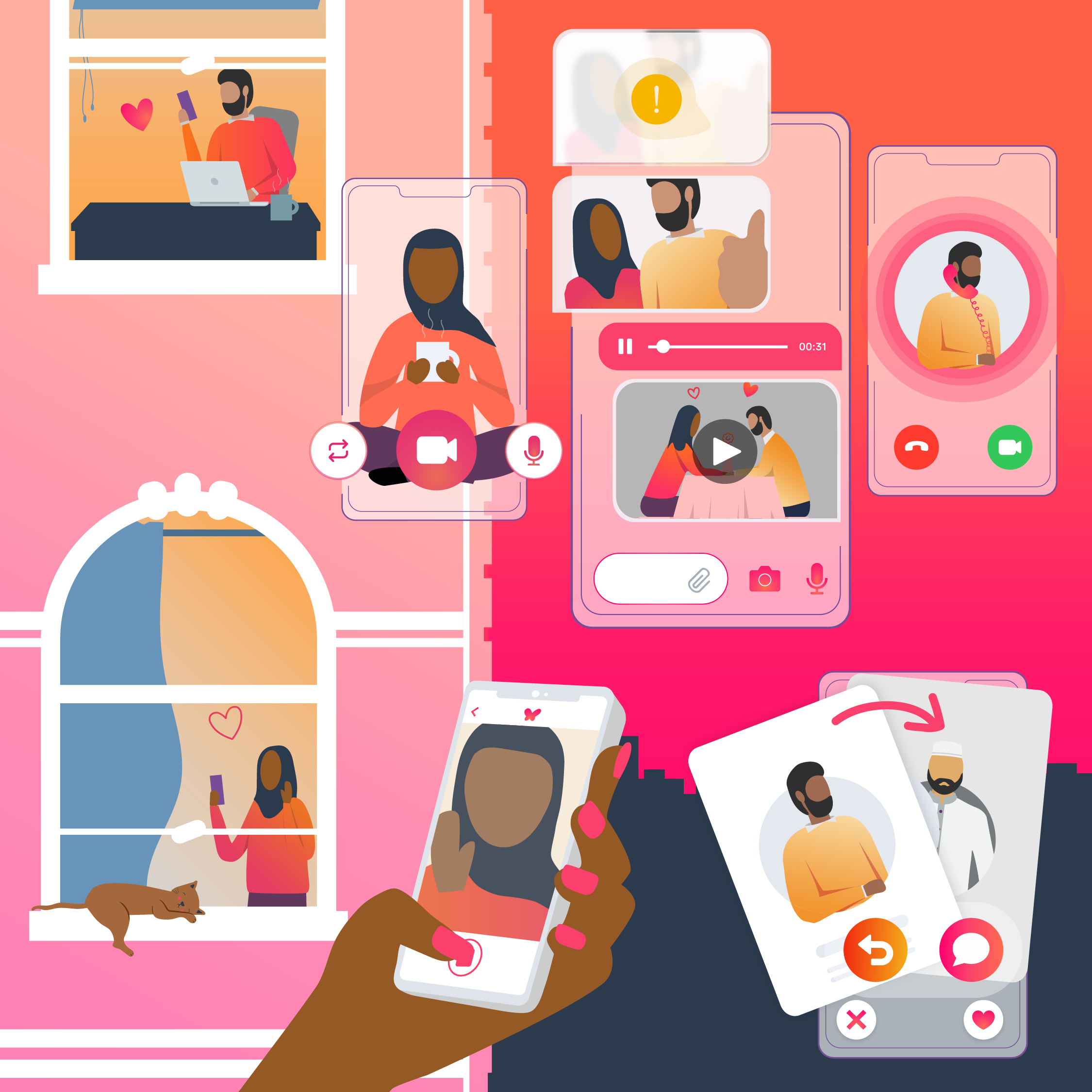 Muzmatch has released its 2020 ‘wrapped up’ report, highlighting a hugely successful year. The world’s largest Muslim dating app has launched a number of new campaigns and services this year to help more Muslim’s find love.

In May, muzmatch swiped right to raise $166,000 for a school construction project, in partnership with the READ Foundation, a non-profit organization that has been building schools for underprivileged and orphaned children in Pakistan since 1994. The app invited members to donate to the campaign whilst they looked for love; interleaving updates of the total amount raised as they swiped to find their partner. The startup also matched donations, helping to hit their target in record time.

As the pandemic hit and the world went into a global lockdown, muzmatch immediately built and launched video and voice calling, helping members to continue dating, albeit virtually. In just ten months the app has seen over 24 years worth of calls on its platform.

August saw the introduction of the obscenity filter (haram detector). Muzmatch used sophisticated machine learning, coupled with member feedback, and built an algorithm that could detect inappropriate content. Since launching, the data showed that only 1% of the 60,000 images and videos that were shared were actually Haram (impermissible).

September saw the global roll out of Voice Notes – making muzmatch the first ever faith-based dating app to launch such a feature. In a matter of a few months, the app had nearly a years worth of voice notes sent between members.

For Black History month, muzmatch conducted feedback sessions from members and found that many people felt the existing ethnicity filters were too broad. As a result of this feedback, in October, muzmatch launched new ethnicity filters representing a wider array of nationalities and ethnicities, allowing members to be more specific about who they are and where they come from.

Shahzad Younas, founder and CEO said, “There is no question that 2020 has been a difficult year, from having to adjust to working from home to dealing with lockdown restrictions. But at muzmatch we are really proud of how the team has come together to provide so many new features that have helped our members meet and connect (safely) during the pandemic.

“We’ve had nearly 2 million new members join muzmatch, almost doubling our membership in 2020, compared to last year. We’ve been incredibly busy too, with over 2 billion swipes and over 20 million matches made this year. We are really excited about carrying this momentum into the new year and can’t wait to show our community what we have lined up for 2021.”