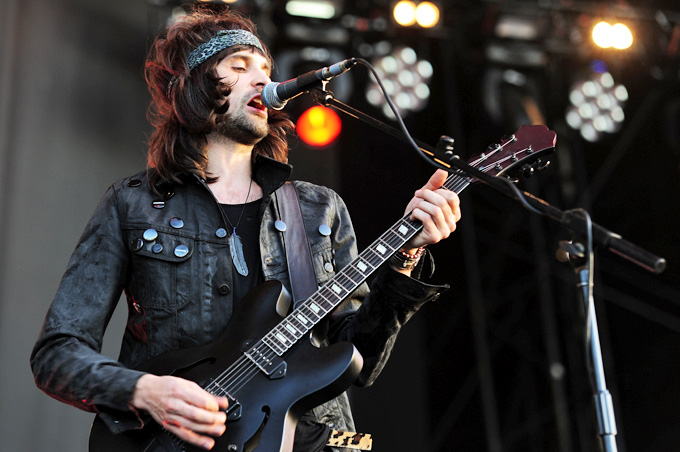 Serge Pizzorno has released the first work from his solo project ‘The S.L.P’, a song titled ‘Favourites’ which tells the story of an unsuccessful online dating encounter.

The lead guitarist from indie rock band Kasabian has teamed up with British rapper Little Simz to produce the new track.

Speaking in Far Out Magazine, Pizzorno said: “’Favourites’ is about identity in the digital age. I was interested in how online dating is a sort of snapshot of this identity crisis.

“Through the speed and structure of the song, I wanted to capture the feeling of the real you inside your head trying to get out and escape during a first date.

“It’s a dialogue between two people who are coming to terms with their true selves through their digital interaction becoming a physical one.”

Pizzorno uses the line “there’s a discrepancy in the bill, I think I’ve paid too much” as a nod to the age-old question about who should pay on the first date. According to data from CLiKD, 72% of heterosexual women would rather split the bill.

Little Simz’s verse shows that she is disappointed with the appearance of her date and thinks that he looked taller on his profile. Tinder announced a ‘Height Verification’ feature earlier this month as an April Fools’ joke to stop men from lying about how tall they are in order to get more matches.